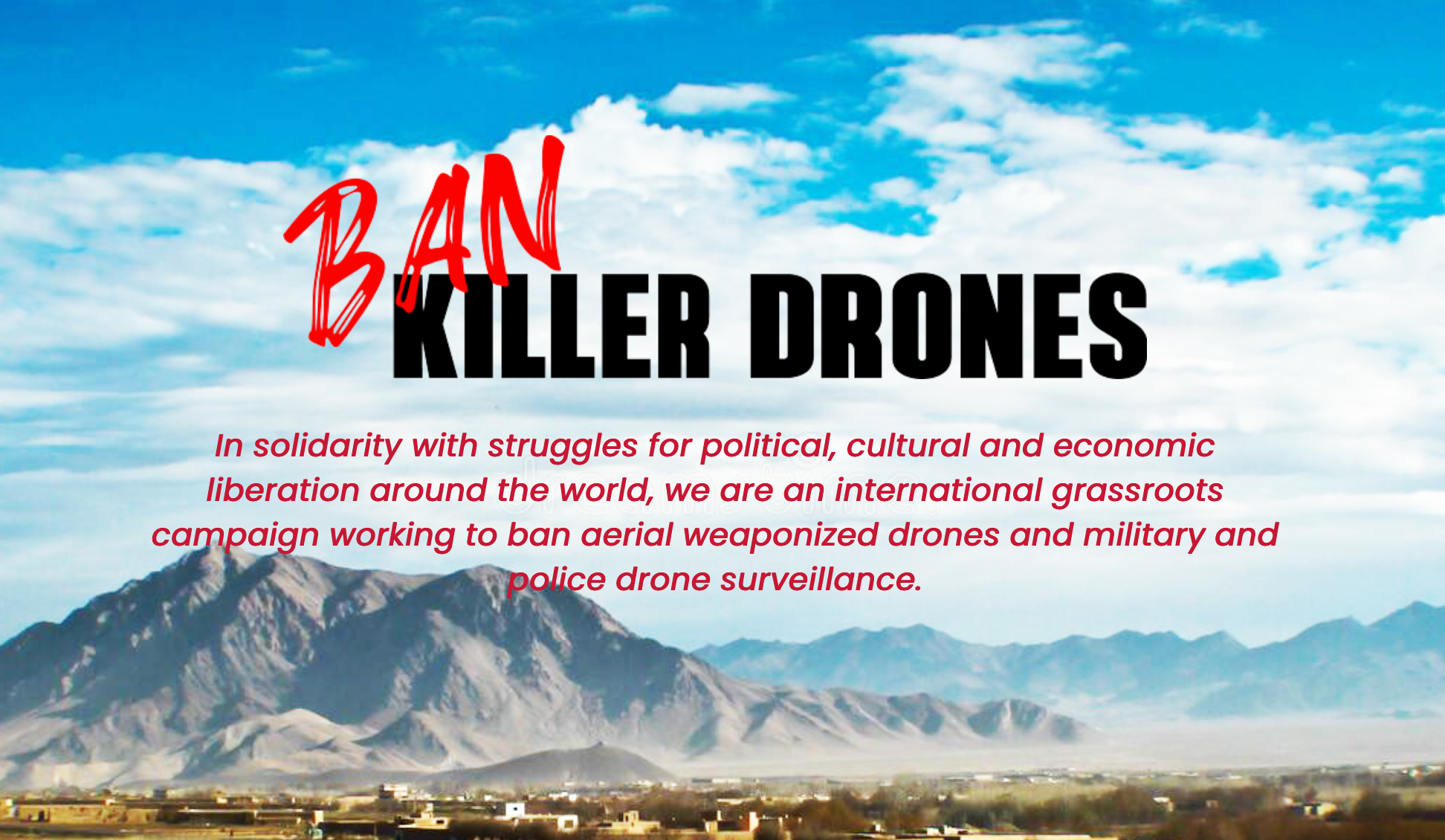 A grassroots international movement to ban weaponized drones and military and police surveillance, entitled Ban Killer Drones, has been launched. Go to bankillerdrones.org to see the team work results of this excellent resource on United States’ not so secret assassinations around the world. A group of long-time anti-drone war organizers including Nick Mottern, Brian Terrell, and Chelsea Faria, with support from three-time Noble Peace Prize candidate Kathy Kelly, and David Swanson, Executive Director of World BEYOND War worked to make this site the prime resource site to ban killer drones internationally.

I remember well where I was on October 1, 2014. I was handcuffed tighter than I had ever been, wiggling my fingers to keep my hands from going numb. I had been stuffed prostrate between the front and rear seat of an Onondaga Sheriff’s Department car in Syracuse, NY.

DeWitt Town Court Judge Robert Jokl had just sent me on my way to the nearby Jamesville Correctional Facility to begin a three-month sentence for my participation in a die-in at the main gate of the NY Air National Guard 174th Attack Wing at Hancock Field killer drone base.

Lying on the floor, squeezed between the seats, I asked the two deputies to give me room to sit. The deputy in the passenger seat called out: “You’ll be at the jail in just 15 minutes or so, live with it.”

I lived with it, serving 60 days of my 90-day sentence, with time reduced for “good behavior.”

But I’m still mad as hell that my U.S. government continues to assassinate “suspected terrorists,” expands its drone war, and encourages other countries to do the same.

It’s time to promote a treaty to ban weaponized and surveillance drones world-wide.

When I became aware of the drone protests at Hancock Field, I had written coming of age novels about conscientious objectors from WWII & the Vietnam war, but now war was being waged in my own back yard and few seemed to know about it. The resisters at Hancock were, of course, trying to educate the public. Sadly, even when some Americans did learn of assassinations operating out of United States drone bases, the acts of drone terror seemed of little importance to them. After all, the terrorists were in foreign lands and we needed to “take them out” and—-not to worry about Hellfire missiles and bombs since they were in the Middle East, not in Syracuse. Hancock’s 174th Attack Wing just did the electronic firing of weapons hovering over suspects thousands of miles away, seen of course by Attack Wing pilots with high tech drone cameras via satellite.

I researched Predator and Reaper drones, spoke to folks who had been arrested for trespass at Hancock (and was arrested a couple of times myself).

At the time, I was chair of the St. James Peace and Justice Committee, Johnson City NY, 75 miles south of Syracuse. The headquarters of the Syracuse Diocese and the leader, Bishop William Cunningham, was hiking distance from the nearby weaponized drone base. I had tried for over two years with letters and phone calls to speak to Bishop Cunningham. My intent was to ask him his views on being so close to an institution that orchestrates assassinations, the 174th Attack Wing of the New York National Guard, just up the road a bit from his residence.

Persistence paid off. The bishop agreed to meet with our team of six resistors.

I asked Bishop Cunningham what he thought of the morality of the Hancock weaponized drone base. Bishop Cunningham said: “It’s one way to keep our boys’ boots off foreign soil. We don’t need to be sending our young men off to war”. Then, a bit later, he noted: “You do know that a lot of Catholics work at Hancock, don’t you?”

We had assumed that to be so since we knew Bishop Cunningham had assigned one of his priests to minister to Hancock drone pilots.

Realizing that the Bishop’s office was a dead end, I began to form a play in my mind of a young woman whose mother was a drone pilot at Creech. I decided to go with the title, The Predator, for obvious reasons.

In November, 2013, the first staging of The Predator was done at Georgetown University with students from Syracuse University and the University of Scranton as actors. The event was the annual Ignatian Family Teach-In. Thankfully, I had a professional to assist, Aetna Thompson, a former member and singer with the satirical group in Washington called “The Capitol Steps”.

An eye-catching prop was set up on campus, a facsimile of a Reaper drone designed and made by Nick Mottern, of Hastings on the Hudson, NY and coordinator of knowdrones.com Nick drove the disassembled mock drone from his home to Rt 81 in Scranton, Pa. where he showed me how to assemble it and then covered the mock Hellfire missiles with blankets—“just in case a State Trooper wonders about these rockets,” said Nick. The Reaper was my traveling mate in my old Volvo, the fuselage resting on my dashboard and the tail bumping my rear window.

I drove south for our first gig at Georgetown University and then on to Ft. Benning, GA, where I stationed the Reaper mock-up at the entranceway to Columbus, GA convention center with a large sign tacked onto it announcing “THE PREDATOR”.

The Predator had legs, playing in many college campuses and church halls around the nation from around 2013 to 2017.

The play is still available to download (and tweak to bring it up to date) for any group to use.

Did the reflection, the thinking of the outlandish immorality and cowardly killing of people with high tech American terrorism lead me to write the play? Quite likely, it was a factor. But, I felt that what I had done with the play was not enough, hence my arrest and jailing, noted above.

Bill Quigley, a Loyola University professor of constitutional law has defended protestors arrested for nonviolent actions. At the same time, Bill.is raising awareness of our immoral and illegal acts of  killing suspected “terrorists” by weaponized drones—— the dead and wounded almost always including innocent civilians.

An update (2020) by the Bureau of Investigative Journalism reports that they have tracked over 14,000 drone strikes and up to 16,000 people killed by U.S. drones. Most drone victims remain nameless even to congressional oversight committees studying weaponized drones. Armed drones make bitter enemies around the world and create insecurity as they sow hate and vengeance.

President Biden ended his inauguration speech with “May God bless America and God protect our troops.” That’s where we’re at: praising America and beseeching God to protect our troops. The arms industry and the religious arm of the military-industrial complex are smiling. It’s clear that we must reach outside our borders and build an international consensus to drone killing and drone surveillance.