Statement on Syria from World BEYOND War Director David Swanson 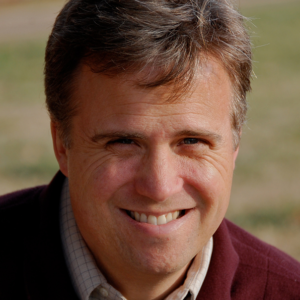 “Donald Trump has just committed a murderous immoral criminal action and sought to depict it as law enforcement,” said David Swanson, the director of World BEYOND War, a non-profit global organization opposed to all warfare. “Congress has sat on its hands, failed to cut off funding, and failed to move on impeachment. It is to be hoped that those Congress members who said such an attack on Syria would be impeachable will at least find the decency now to act after the fact.”

“Trump may have acted just in time to prevent any reports from inspectors weakening his propaganda,” said Swanson. “This is a disturbing replay of the 2003 attack on Iraq, which Trump supported at the time, condemned on the campaign trail, and has now imitated. But it is critical for us to reject the nearly universal pretense that proof of use by Syria of chemical weapons, just like proof of WMD possession by Iraq, would somehow constitute legal or moral grounds for committing additional criminal actions –potentially far more serious actions that risk confrontation between nuclear armed governments.

“While the New York Times tells us that Trump has acted to ‘punish’ Assad, using what Trump calls ‘precision strikes,’ such strikes have a long history of being anything but precise, and the people dying have a habit of not being their nation’s leader. No court has authorized Trump to punish anyone, of course, and the claims of Secretary of So-Called Defense Mattis that attacking Syria is ‘defensive’ can hardly pass the laugh test with even the most war-prone lawyers.

“This criminal action is a blatant violation of the UN Charter and of the Kellogg-Briand Pact, both of which Congress, likewise, prefers to ignore in order to focus on its own supposed power to authorize such crimes. And yet the same Congress will not stand up and defend that power, but rolls over on Yemen so pitifully that Trump could expect no consequences from Capitol Hill for his latest outrage. If an AUMF could legalize this action, the fact remains that there isn’t one that even remotely claims to do so.

“Trump takes us for fearful children when he resorts to the tired propaganda of calling a foreign leader an ‘animal’ and a ‘monster,’ and pretending that war made against a country is somehow actually made against only an individual. In reality, of course, the bombs always kill people depicted (sometimes accurately) as having suffered under the rule of the ‘monster.’

“The fact is that Syria, its opponents, the United States, Russia, and other parties active in Syria for years now have killed many thousands of people using murderous weapons of war. That a relatively small number of people may have been killed with chemical weapons (weapons in the possession of multiple parties in this war) is no more or less murderous than the ongoing mass-murder by respectable bullets and bombs. The use by the United States in recent wars of white phosphorous, napalm, depleted uranium, cluster bombs, and other notorious weapons is no more grounds for some foreign self-appointed global savior to bomb Washington, than any events in Syria are grounds for Trump’s latest flaunting of his apparent impunity.

“Trump mocks all of humanity with his claim to be praying for peace while imposing war. Will humanity continue to roll over and take it? Will the United Nations begin to do its job? Will the people and parliaments of Britain and France rise to the occasion? Will the people of the United States pursue strategic and escalating nonviolent action arising out of this weekend’s events? We shall see.”