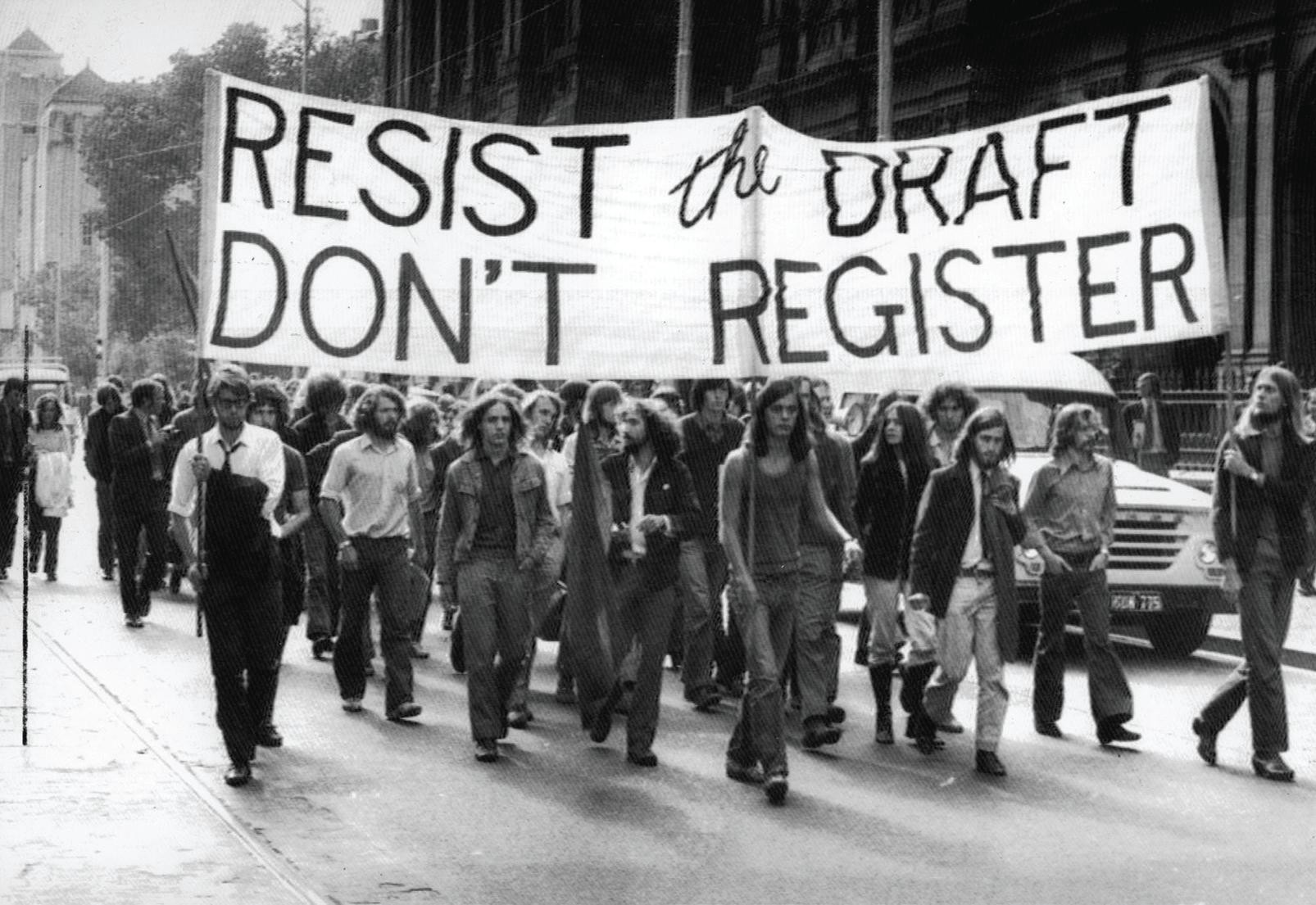 A Supreme Court case challenging the requirement for men, but not women, to register with the Selective Service System for a possible military draft is forcing Congress to make a choice it has been avoiding for decades: End draft registration, or expand it to young women as well as young men.

This is a choice about militarism, not a choice about gender equality. Expanding draft registration to women would bring about a semblance of equality in war (although women in the military would likely still be subject to disproportionate sexual harassment and abuse). Ending draft registration would bring about real equality in peace and freedom.

Last year a National Commission on Military, National, and Public Service recommended expanding draft registration to women. But the Commission never seriously considered the possibility of ending registration, despite being unable to come up with any realistic scenario to justify it.

“I want to pose a hypothetical scenario,” Maj. Gen. Joe Heck (U.S. Army Reserve), Chair of the Commission, asked me in a question that showed the lengths of fantasy to which proponents of conscription have to go to justify maintaining readiness for a military draft:  “We’re in a Red Dawn scenario where we are being attacked through both Canada and Mexico. There is no Selective Service System…. There’s been a Presidential/Congressional call for volunteers…. However, the response has not been enough to meet the threat… How would you propose to meet the demand?”

But Congress needs to consider both the options and the practical issues that the Commission ignored.

Enforcement of the criminal penalties for nonregistration was abandoned in 1988 after show trials of a handful of nonregistrants proved counterproductive. The Selective Service System counts as “in compliance” any man who has registered, even if he registered years after he was supposed to do so, and moved soon afterward without telling Selective Service. Current addresses are needed to deliver induction notices, and men are supposed to notify Selective Service every time they move until age 26. But almost nobody does. As I told the Commission, “Any proposal that includes a compulsory element is a naïve fantasy unless it includes a credible enforcement plan and budget.”

Dr. Bernard Rostker, who managed the start-up of the current registration program in 1980 as Director of the Selective Service System, told the Commission that the current database is so incomplete and inaccurate as to be “less than useless” for an actual draft, and that registration should be ended rather than expanded to women.

But the Commission did no research on compliance, and proposed no enforcement plan nor budget.

Regardless of whether anyone “wants” a draft, realism demands that Congress recognize the constraints placed on government action by popular (un)willingness to comply with government demands.

Forcing people into the military is a serious matter that deserves a full Congressional hearing and debate.

Edward Hasbrouck maintains the Resisters.info website and was invited to testify as an expert witness on draft resistance before the National Commission on Military, National, and Public Service.