Ramo Reminded South Koreans of the Brutality of Imperial Japan 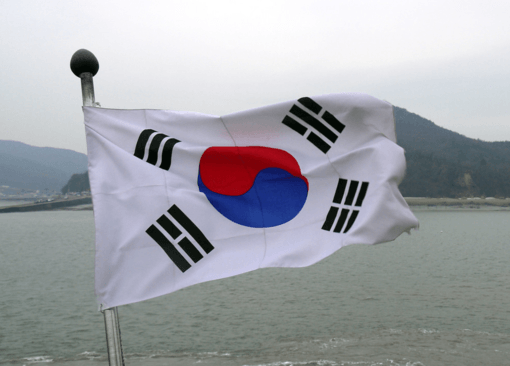 It is sad that even now, at this hopeful juncture in the history of Korea, when the end of the Korean War could be just around the corner, that we are confronted with the false claim that South Koreans cannot take pride in the democratic and modern country they have built. A country that is now generously hosting the Olympic games. A country whose president, Moon Jae-in, is bringing hope to millions in East Asia and the world. A hope that is being kept alive by his spirit of independence, his message to not only South Koreans but to the whole world, that a peaceful solution to the US-North Korea crisis can be found as long as the baying hounds of war in Washington can be kept at bay.

The recent firing of NBC’s Asia correspondent Joshua Cooper Ramo for his “insensitive” remarks while commenting on the Olympics serve to remind us not only of the general lack of understanding in the US concerning the current US-North Korea crisis but also highlight the racism and arrogance underlying US attempts to derail the peace process and how the peace process threatens their demonization of North Korea, a demonization essential to the “bloody nose” they so desperately want to inflict.

Ramo portrayed all Koreans―South Koreans, North Koreans, and the diaspora—as lackeys of the Empire of Japan and postwar Japan. He hinted that they were thankful for being colonized and exploited by the Empire of Japan for 35 years, saying that Japan is “a country which occupied Korea from 1910 to 1945. But every Korean will tell you that Japan is a cultural and technological and economic example that has been so important to their own transformation.” Anyone who knows anything about Northeast Asia would squirm in their seat sitting next to Ramo as he touched on the sensitive nerve of international politics in the region and made an outrageous claim.

In fact, Koreans are not thankful for those 35 years of violence, for the suffering that he so blithely erases. The government of the Empire of Japan “engaged in substitutions after 1910: exchanging a Japanese ruling elite for aristocratic Korean scholar-officials, most of whom were either co-opted or dismissed; instituting a strong central state in place of the old government administration; exchanging Japanese modern education for the classics; eventually they even replaced the Korean language with Japanese. Koreans never thanked the Japanesefor these substitutions, did not credit Japan with creations, and instead saw Japan as snatching away their ancien régime, Korea’s sovereignty and independence, its indigenous if incipient modernization, and above all its national dignity.” (Author’s italics)

The above passage appears on the second page of Cumings’ introduction to The Korean War: A History, one of the most popular and respected histories of Korea. Since Ramo speaks Mandarin and lived in China, a country where government-sponsored TV programs zealously cover the history of Japanese atrocities in China, he certainly must have some basic awareness of the history of Japanese violence in East Asia and how the people colonized by the Empire of Japan feel about it. As the former Managing Director of Kissinger Associates, the consulting firm of former U.S. Secretary of State Henry Kissinger; the former senior editor of Time Magazine; the former China analyst for NBC Sports during the Beijing Olympic Games; and now NBC’s Asia correspondent,  this is surely not the first time that he has confronted anger about the Japanese and American erasure of that history of Japanese violence, not to mention American violence.

Ramo has certainly reminded millions of Koreans of the incredible pain and trauma of the violence of the Empire of Japan. Bravo! His words have reminded Koreans of American racism and cold indifference toward them, too. As Koreans on the Peninsula move forward toward peace, his words make it difficult for Koreans to forget the heartless lack of sympathy and concern among Americans for their human rights, and his words will encourage them to not rely on Washington any more than they rely on Tokyo.

Japan colonized Korea, then the US occupied part of it. The horrors of the Japanese colonization are well known, far better than US atrocities in Korea. Cumings is one of the few established Korea historians to have written about some of the American ones, e.g., the horrors committed on Cheju Island, in Taejon, assistance with Syngman Rhee’s torture of South Koreans, the bombing of dams, and the genocidal firebombing of civilians with napalm. His book The Korean War also tells us about the second failed attempt, i.e., that of the US, after the Empire of Japan tried to bring Koreans to their knees. The Korean resistance to foreign domination and authoritarianism never lets up.

Especially now, in 2018, one cannot expect Koreans to feel thankful to Japan when Prime Minister Abe continues to block peace with North Korea by constantly screaming “maximum pressure” against Koreans in the North by tightening the belligerent and genocidal sanctions; by denying past crimes; and by not letting the issue of the abduction of Japanese by North Korea rest, even as he never mentions Japanese abductions of Koreans before 1945. Abe’s lack of sincerity should be contrasted with that of the North Korean government, who have recognized the abductions, apologized, atoned for that injustice in significant ways, and returned many of the abductees. Kim Jong-il apologized on the spot for the abductions of Japanese when Prime Minister Koizumi visited in 2002.

Prime Minister Abe is a known denialist of Japanese atrocities. Japanese kidnapping went way beyond North Korean kidnapping. Abe has yet to apologize for the Empire of Japan’s snatching hundreds of thousands of people from Korea and enslaving them in Japan; for brutal forced labor in Japan; for the enslavement of tens of thousands of Korean women assaulted in military “comfort women stations” (i.e., military gang rape centers); or for helping Japanese companies to steal Korea’s resources.

How could Ramo claim that “every Korean” has such and such a view when 25 million of them are in North Korea, a country where it is known that they are effectively muzzled. They can barely speak to us due to their country’s isolation―a problem caused not only by the North Korean government but also by the US government and the UN Security Council through brutal sanctions during the last year, in the midst of a drought and famine.

Ramo’s comments would probably not invite censure in conversations with his friends and servants of the elite American business class, such as John L. Thornton, who advised Goldman Sachs, or with his uncle Simon Ramo whose family name became the “R” in TRW, but when speaking on TV, he seems to have neglected to tone down the racist rhetoric. For some in East Asia, his comment had the ring of, “In spite of the down side of German government policies during the years 1933 to 1945 in Germany, Jews, gypsies, and gays will always be grateful to Hitler for his economic and technological improvements.”

It is no surprise that Ramo’s defenders are now beginning to sing the praises of Park Chung-hee, the South Korean dictator of the 1960s and 1970s. In Manchuria, Park had been a student of the class-A war criminal and Japan’s current prime minister’s grandfather Kishi Nobusuke. He followed the “Manchurian model of military-backed forced-pace industrialization” in the words of Cumings. Park’s career benefited from relationships with the Japanese right wing, including Kishi and Sasakawa Ryoichi, another suspected war criminal.

What Koreans need, and what the world needs, right now is for the mass media to stop hiring servants of imperial power and enemies of peace like Ramo, especially when this fragile seed of peace is only beginning to sprout. Shame on NBC.

Many thanks to Stephen Brivati for comments, suggestions, and editing.