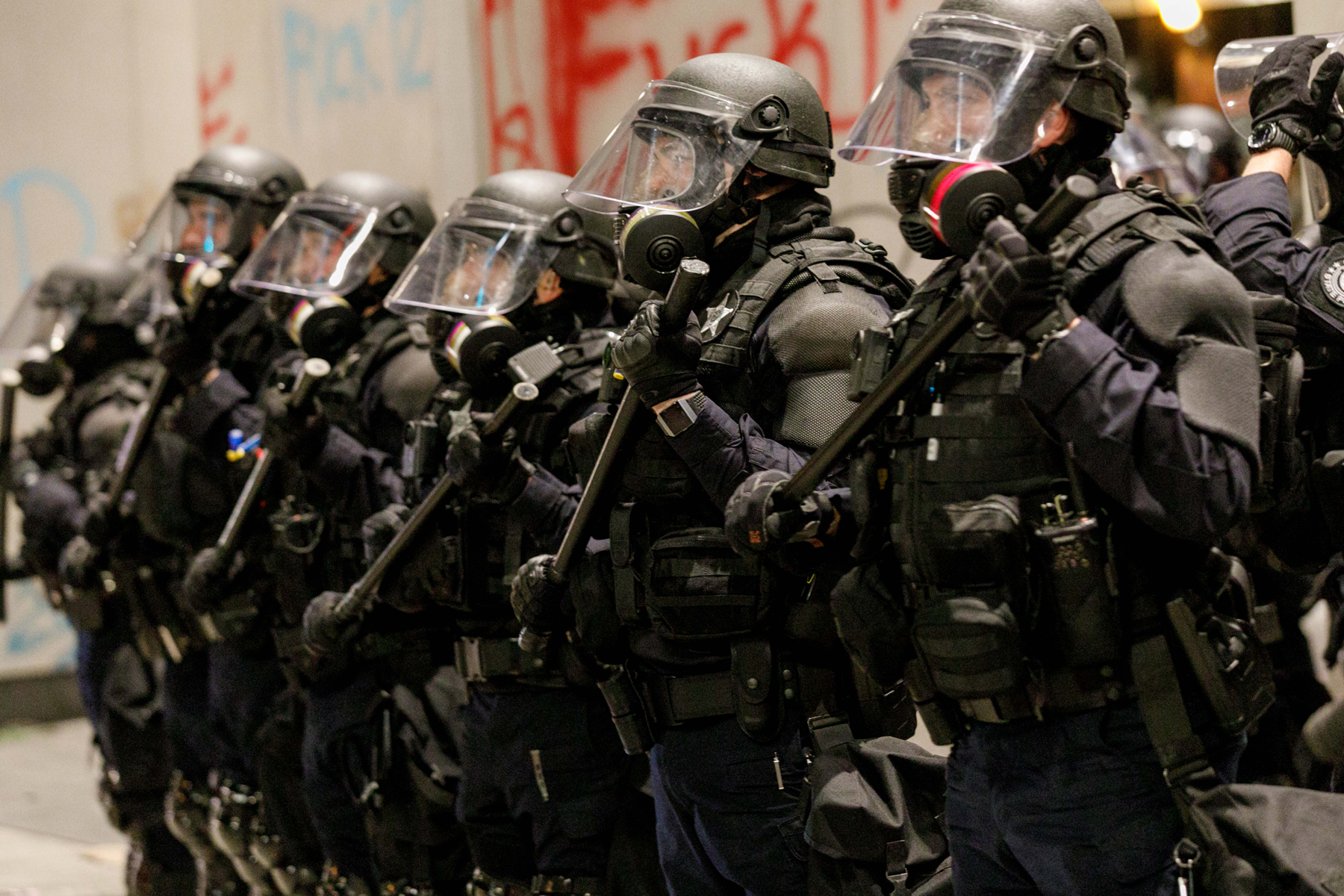 A coalition in Portland, Oregon, U.S., is continuing to build a campaign to demilitarize police.

Their petition has over 1,000 signatures.

They’ve produced a Police Militarization Research Compendium that is useful to other campaigns around the world.

This past Wednesday, following testimony from members of the coalition in Portland, the City Council passed a resolution that may be seen as a first step in the right direction. It resolves:

“that the Portland Police Bureau shall inventory impact munitions, CS gas, OC pyrotechnic, OC vapor, RBDD, and all other crowd control tools it currently uses or reasonably could use pursuant to PPB policy 0635.10 as set forth in Exhibit A and provide a full report to City Council by January 27, 2021;

“BE IT FURTHER RESOLVED, that the inventory of items in Exhibit A must include the quantity of each type of munition in the Bureau’s possession, purpose of each munition, as well as the ingredient list and manufacturer and expiration date for chemical munitions;

“BE IT FURTHER RESOLVED, that following January 27, 2021, Council authorization will be required for the Portland Police Bureau to purchase military-style equipment as described in Exhibit B – excluding equipment used by the Special Emergency Reaction Team (SERT) that is addressed in the next paragraph – through a quarterly report to City Council detailing the cost and number of each type of equipment the bureau intends to purchase. The report should also include an explanation of the need for the equipment including the appropriate law enforcement purpose it will serve, and list the policies, protocols, and trainings that are in place governing the appropriate use of the equipment;

“BE IT FURTHER RESOLVED, that prior authorization from the Commissioner-in-Charge will be required for the Portland Police Bureau to purchase military-style equipment from Exhibit B used by SERT;

“BE IT FURTHER RESOLVED, that updated crowd control inventories must be provided to City Council in writing on a quarterly basis from the date of initial notification;

“BE IT FURTHER RESOLVED, that in addition, if at any time the Bureau deploys crowd control munitions during protests or demonstrations on three or more days within any seven day period, the Bureau shall inventory the quantity of munitions used on each day of the demonstration, as well as provide notice of intent to purchase new weapons or restock existing stockpiles in a written update to Council within five business days and on a weekly basis for the duration of the frequent use of munitions.”