Pentagon to request thousands more troops for Afghanistan next week 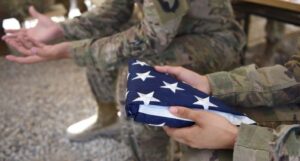 The Pentagon will ask the White House next week to send thousands more troops to Afghanistan to break a deadlocked fight with the Taliban, a senior official said Thursday.

After a steady downsizing of US troop numbers since 2011, US military commanders say they need to strengthen the numbers on the ground to better support Afghan forces and help retake territory lost to the Taliban.

According to US media, the Pentagon will ask for 3,000 to 5,000 more soldiers, mainly to be assigned to advise and train Afghan military and police.

US troops in Afghanistan number about 8,400 today, and there are another 5,000 from NATO allies, also now in an advisory capacity.

But that is a far cry from the US presence of more than 100,000 six years ago, and the Afghan military has struggled to fill the void amid an unrelenting Taliban insurgency.

“I expect that these proposals will go to the president within the next week,” said Theresa Whelan, Acting Assistant Secretary of Defense for Special Operations, in a Senate Armed Services Committee hearing.

The intent is “to move beyond the stalemate and also to recognize that Afghanistan is a very important partner for the United States in a very tricky region.”

NATO officially ended its combat operations against the Taliban at the end of 2014, and its current mission is to support Afghan troops in training and advice.

Last year, with the Kabul government struggling to hold ground against the Taliban, former president Barack Obama authorized US air strikes against the Taliban in limited cases, to ensure Afghan forces on the ground would have a “strategic advantage.”

The new Trump administration could go beyond that to permit more direct engagement between US forces and the Taliban, General Raymond Thomas, commander of the US Special Operations Command, told the same hearing Thursday.

“Changes to the rules of engagement are being considered,” he said.