Penny Poll Results: Money For Health And Education, Not For Wars And Occupations

By Lisa Savage, Went 2 the Bridge. 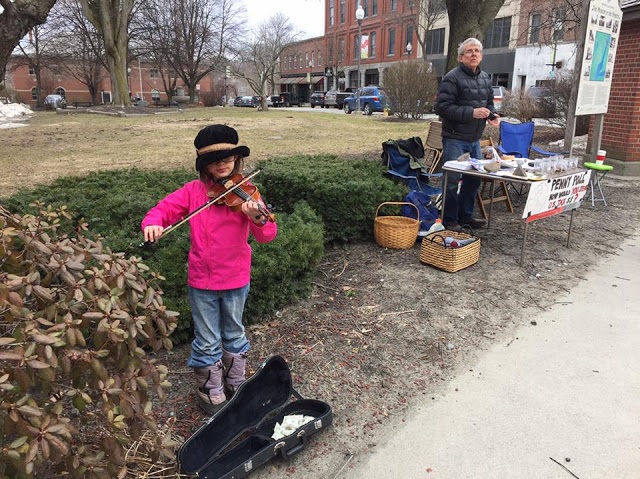 A young busker raising money for a trip to study in Japan took time to do our penny poll.
She put all ten of her pennies in the jar for education, and so did her sister.

As part of our war tax resistance my husband and I tabled with other resisters in central Maine on a blustery spring Saturday. Set up next to the Waterville Opera House where a matinee of The Little Mermaid was being presented, our penny poll drew 51 responses from passersby on the main street of this former mill town now home to two small colleges.

Each participant had ten pennies to spend representing one year of federal discretionary spending, and ten possible categories to spend them on.

A wide range of ages including children, elders and millenials participated over the course of four hours. A man toting a giant bag of retunables found a bottle under one of the shrubs near our table after stopping to do the poll. He, like the violin students, put all ten of the pennies provided into the jar marked EDUCATION. His explanation: “If you take care of that area, it takes care of all the rest.” 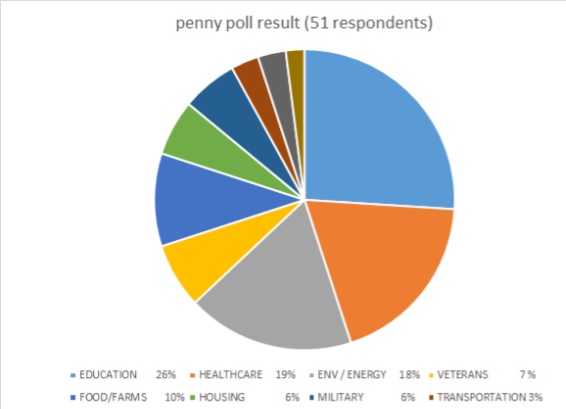 Here are the results of our April 8, 2017 penny poll of 51 people in Waterville, Maine:

I compared our results yesterday with a similar poll we helped conduct in 2011 across every county in Maine. As reported in “Mainers Want Their Federal Income Taxes Spent on Education, Health Care” on the National Priorities Project website:

Education, health care, and veterans’ benefits were the top choices for federal spending among the 1,552 Mainers participating in polls conducted in each of Maine’s 16 counties. Results showed that education (21%), health care (19%) and veterans’ benefits (12%) were the top choices among the people who participated. Those were followed by environment/science (11%), food/agriculture (9%), both transportation and interest on the national debt (7%), housing (6%), defense (5%), and general government (2%).
Overall, we see similar priorities in 2011 and 2017; education remains at the top of the list along with health care in second place. The environment and energy have a more prominent spot now after six years of climate chaos, while concern with benefits for veterans and servicing the debt dropped a bit. The military — which actually receives well over half the discretionary budget year after year — climbed one point from 5% to 6%.

It is also the biggest carbon polluter on the planet so no amount of spending on sustainable energy solutions will halt global warming without addressing the Pentagon’s contribution to the problem. 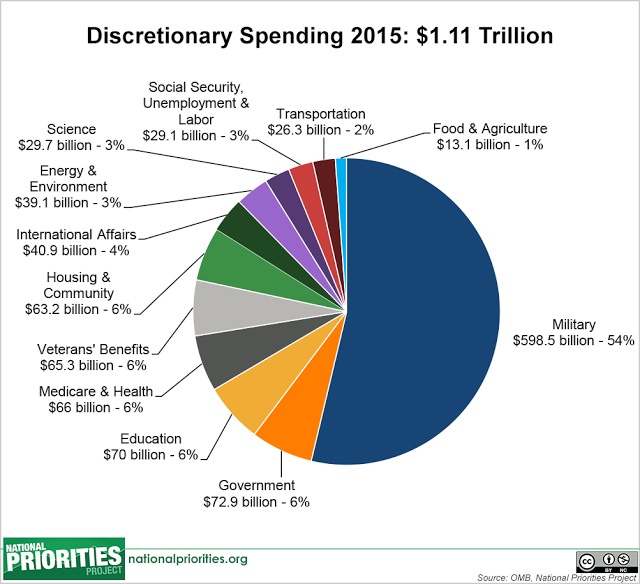 Here’s a graph of the actual way our taxes were spent for fiscal year 2015.

Milennials who came to help shared that they avoid war taxes by avoiding income. They can’t afford to own a home or start a family, and they worry about the chilling effect this has on relationships. Many work multiple jobs just to pay their student loans and barely get by.

Milennials have been creative about finding ways to not end up in this situation: 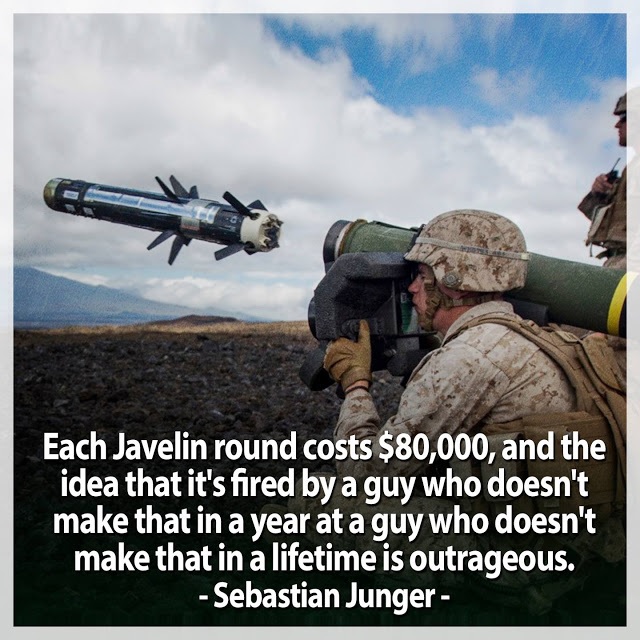 Follow up interviews with those polled would be necessary to determine, case by case, why they vote with their pennies as they do. One theory I have about why they allocate so little funding to essential areas like food or housing is that they do not consider feeding or housing people a proper function of national government; whereas education and healthcare are seen as proper functions of national government.

Have central Mainers lived so long without any meaningful public transportation systems that they’ve forgotten the role of governments in providing this?

The train lines that used to run north from Waterville were torn up in favor of better paved highways a couple of generations ago. Those highways now have potholes the size of small cars mostly caused by the overloaded pulp trucks busily carrying away Maine’s forests. Low income people can’t get to most jobs because they can’t maintain a car in legal working condition what with inspections and insurance costs, and there are no buses they could use to commute. 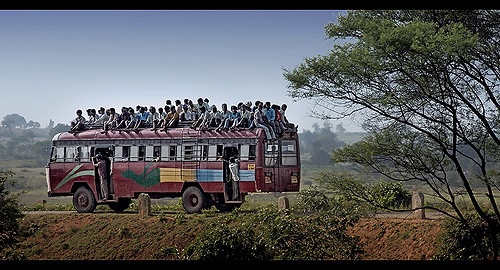 A family of newly settled refugees near Waterville pays people to drive them to and from their jobs in an indoor tomato farm 20 miles from where they live. In any country I’ve ever visited — Canada, Mexico, England, France, Greece, Italy, Japan, Afghanistan, India — there would be bus service even in rural areas.

But if all you’ve ever known is the U.S. drunk on exceptionalism and imperial hubris, it can be hard to realize what we’re missing in order to fund endless war and obscene profits for weapons manufacturers or “security” providers like Blackwater was in Iraq. The latter’s CEO Erik Prince is now said to be a chief advisor to the new regime in the White House. Things are not likely to move in the direction of giving people what they actually want in exchange for their federal taxes anytime soon.

It’s taxation without representation, folks. And you know where that sort of thing leads.