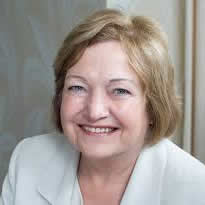 Appeal to P.M.May and U.K. Government to choose Peace and not war against Syria

Dear Prime Minister May, and Member of the UK Parliament,

As you are well aware, many people are deeply concerned at the dangerous escalation and tension between Political leaders, allegations and accusations and unhelpful rhetoric and threats of war, all of which are leading people to ask ‚is there going to be a third world war’?   Only yesterday one young man told me he had just dreamed of a nuclear explosion and asked me if there was going to be a war soon?   What can I tell him Mrs. May? Can I tell him not to worry that our political leaders passionately believe in Peace and are working for a Peaceful negotiated solution to the Syrian crisis, and other conflicts? Can I tell him that you and your Parliamentarians will choose Peace and not war on syria?

You know that no war in history has ever been fought without casualities on all sides and increasingly in occupations, colonial interventions and military and paramilitary attacks, the casualities are civilians, mostly women and children.

I believe passionately in dialogue, diplomacy and negotiations as a way to peace and harmony. All violence has a peaceful solution when the political will is applied. We have in our generation seen the madness of military action upon Iraq, Libya, Afghanistan, Sudan, Chechnya – the list is endless. Are we now to add Syria to yet another bombed out country?millions dead, millions displaced, little children left without parents and living in poverty?   Surely we can all do better than this?

I have visited Syria often and witnessed the Syrians desire for a peaceful solution, which they themselves are working on, as who more than Syrians want peace for their beloved Syria?. Will you, Mrs. May and some of your Parliamentarians come with me   on the road to Damascus to listen to their pleas for Peace and join in their current ongoing Process of Peacemaking and Reconciliation?.   Please go down in history as a Peacemaker and do not repeat the tragedy of the Iraqi war yet again.