The Ongoing Agony of the Obama-Trump War on the People of Yemen! 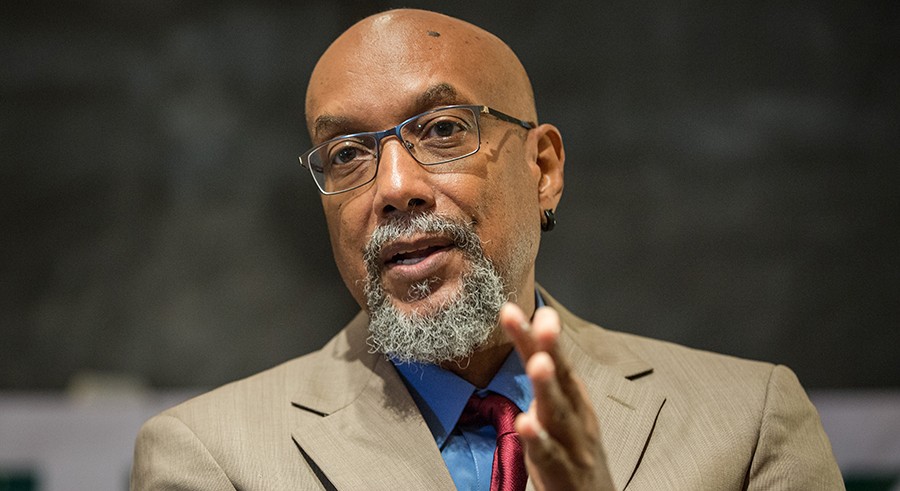 From The Dissident Voice

We are called to speak for the weak, for the voiceless, for the victims of our nation.

Yemen, the poorest Arab nation on Earth, is the victim of a savage, illegal war waged by the Saudi Arabian monarchy.  Armed to the teeth with the most sophisticated weapons in the world manufactured and supplied by the merchants of death in the United States, the Saudis are providing another grotesque example of what happens when a powerful nation with modern weapons is unrestrained by law and basic human decency.

Flying hundreds of sorties and targeting the civilian infrastructure—water and sanitation plants, the electrical grid, agricultural fields, food storage facilities, hospitals, roads, schools the result is over 20 million people, or 70 percent of the population,  are now dependent on food imports; 7 million of them are facing famine-like conditions and rely completely on food aid to survive. Conservative reports put the number of dead from the Saudis’ barbaric air war since March 2015 at over 11,000, with the vast majority being innocent civilians. Meanwhile, untold millions have been displaced.

All of the above acts against the Yemenis are war crimes.

But the trauma and devastation of the people doesn’t end here.

For the last two weeks, the gangster family running the Saudi state has imposed a murderous air, sea and land blockade preventing vital aid to those millions now dependent on it for their basic survival.

However, the Saudis are not the only ones implicated in this unfolding international crime. Like most of the egregious, international human-rights crimes of the late 20th and 21st centuries, the U.S. state is once again complicit.

The fact is the Obama administration gave the green light to the Saudi war on Yemen. This is a war that could not then or today have been launched and executed without direct support from the U.S. military. The United States provided critical support in the form of intelligence sharing and targeting, air-to-air refueling, logistics support, participation in the naval blockade, and billions of dollars in weapons sales.

That support continues under the Trump administration, including the finalization of the multi-billion-dollar arms deal with the Saudis that was initiated under the Obama administration.

Starvation is rampant, and the innocents are dying but who cares when there is money to be made and geopolitical interests to protect. As the indispensable nation, the nation above all nations, it is of no real concern that starvation is a war crime. Rogue states, especially if they believe in their “exceptionality” don’t restrict themselves to the rules that apply to others. So like other elements of international law that the United States ignores, starvation according to the Department of Defense, the U.S. Department of Defense considers starvation a legitimate weapon. Therefore, its use is strategic, and morality or its legality is of no concern to the masters of the universe.

Mass starvation is not the only tragedy the people are facing. Yemen is also experiencing one of the worst outbreaks of cholera in the world since the epidemic in Haiti that began in 2010. The Red Cross reports that there are over 750,000 cases of infection with the number expected to rise to over 900,000 by the end of the year. So far there have been over 3,000 deaths.

In this period when the corporate capitalist press and social media companies coordinate with the U.S. state to determine the range of acceptable information and selected facts presented to the U.S. public, it is not surprising Yemen has received scant coverage. Yet, in those few instances when the Obama administration felt compelled to comment on the situation—usually when the foreign press asked—it downplayed its role. When pressed, the Obama administration provided a ludicrous explanation: Apparently, Saudi Arabia was justified in intervening for its own security and to restore democracy in Yemen!

Today, the Trump administration doesn’t even need to bother to provide an explanation for continued U.S. support to the barbarism in Yemen. More focused on domestic political intrigue, his critics are not concerned about the crimes against humanity and war crimes being committed by the U.S. administration in Yemen. Recent legislation introduced in the U.S. House of Representatives in the form of a resolution to compel the administration to comply with the War Powers Act on Yemen or withdraw U.S. forces has stalled after generating miniscule interest. Since the people who are dying are “over there,” to borrow from Senator Lindsey Graham, who cares, and who cares if U.S. involvement is constitutional or not!

Once again, the hypocritical morality of the U.S. and the West is exposed. With all of its moralistic pontificating about human rights, humanitarianism, the responsibility to protect, the global public is reminded that U.S. and Western geo-political interests will always “trump” their supposed commitments to the rule of law, human rights, and all of the other high-sounding principles that they have consistently violated through practice.

Dr. King suggested 50 years ago that the United States was approaching spiritual death, that the deep malady in the “American” spirit was producing a sick people and making the United States a danger to the world. With mass shootings, the epidemic of suicides, pervasive drug addiction, intensifying anti-Semitism, xenophobia, Islamophobia, misogyny, white supremacy, generalized narcissism, and the normalization of war, the conclusion should be obvious today, the United States is a much sicker nation and an even more dangerous threat to the world.

The people of Yemen are suffering. They cry out for help, for an end to their misery, respect, and protection of their human right to live. But their voices are unheard, drowned out by the noise of Russia-gate, arguments about the meaning of Trump’s latest tweet, and the latest episode of the TV show “Scandal”.

While many activists in the U.S. who are aligned with the democratic party would reject it, the people in the global South, the racialized “others” whose lives have never mattered, understand clearly that Trump is not an aberration, he is the reflection of the “American” spirit.

Ajamu Baraka is a board member with Cooperation Jackson, the national organizer of the Black Alliance for Peace and was the 2016 candidate for vice president on the Green Party ticket. He is an editor and contributing columnist for the Black Agenda Report and contributing columnist for Counterpunch. He can be reached at www.AjamuBaraka.com. Read other articles by Ajamu, or visit Ajamu’s website.