After the big North Korean missile scare in Hawaii a year ago, one would think that missiles are the greatest threat to the island of Oahu. Yet, it’s not missiles that are the threat, it’s our own U.S. military and its massive jet fuel storage tanks that are leaking into Oahu’s drinking water aquifer.

A complex of mammoth 20-story military jet fuel storage tanks buried twenty stories down in a bluff called Red Hill are perched only 100 feet above Honolulu’s water supply.  The walls on the 75-year-old jet fuel tanks are now so thin that the edge of a dime is thicker.  Each of the twenty tanks holds 12.5 million gallons of jet fuel, although eighteen are in operation now.  225,000,000 gallons of jet fuel in total are a mere 100 feet from <a href=”https://sierraclubhawaii.org/red-hill-water-security/”>causing a catastrophic disaster for the island of Oahu</a>.

In fact, disaster has already struck when in 2014, 27,000 gallons of jet fuel leaked from a tank that had been repaired with a welded patch.  The welding gave way and tens of thousands of gallons of fuel leaked into the water supply.  Over the years, studies have documented leaks dating back to 1947, the continued corrosion of the tank liners and the risk of a catastrophic fuel release.

Drinking water is currently safe to drink, but traces of petroleum chemicals are being detected in the groundwater near the tanks.

Concerned citizens on the island, have for decades been trying to get the U.S. Navy to take the dangerous tanks out of Red Hill.  The military states that the underground fuel tanks are of strategic importance to U.S. national security and they are being maintained as good as 75-year old tanks can be. Yet, those who live on Oahu say: “That’s not good enough! You can’t have national security by jeopardizing the health security of your citizens.”

It is not surprising that the U.S. Navy has made little effort to remove the tanks and put replacements in a less dangerous place.  The military’s hold on the island of Oahu and its politicians is very strong both psychologically and economically. Oahu is filled with U.S. military bases and their accompanying corporations that supply the military with equipment and services. 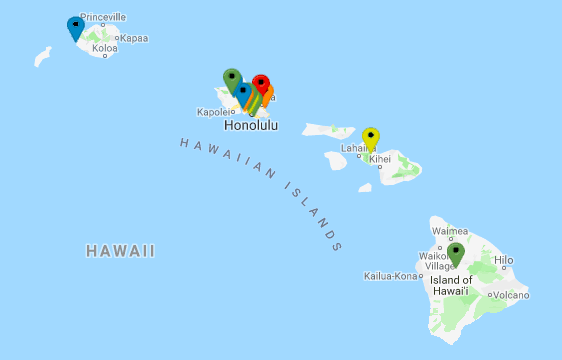 When the 64,000 military family members and military contractors are added to the active duty military, the military-industrial complex on Oahu numbers about 100,000, which is 10 percent of Oahu’s total population of 988,000. The state of Hawaii has 1.4 million citizens.

The U.S. military installations on the island of Oahu began being constructed soon after the overthrow of the sovereign nation of Hawaii by U.S. businessmen and a small contingent of U.S. Marines:

According to the Hawaii Chamber of Commerce, the economic direct and indirect impacts of military expenditures in Hawaii generate $14.7 billion into Hawaii’s economy, creating more than 102,000 jobs. The military’s investments in Hawaii totals $8.8 billion. Military procurement contracts amount to about $2.3 billion annually, making it a prime source of contracting opportunities for hundreds of Hawaii’s small businesses, including significant military construction projects.

The power of the U.S. military on issues in the Hawaiian Islands and its politicians at all levels cannot be underestimated, nor can the protection the military is given by its retirees and the citizens who benefit from it. The pressure on city and state officials to accept the status quo is very strong.

Finally, the U.S. government has acknowledged the medical problems the contamination of the drinking supply caused at another community: the huge U.S. Marine Base at Camp Lejeune, North Carolina and Marine Corps Air Station (MCAS) New River, North Carolina.  From 1953 through 1987, tens of thousands of Marines and their families were contaminated by two on-base water wells that were contaminated with trichloroethylene (TCE), perchloroethylene (PCE), benzene, vinyl chloride among other compounds from on-base leaking storage tanks and an off-base dry cleaner. 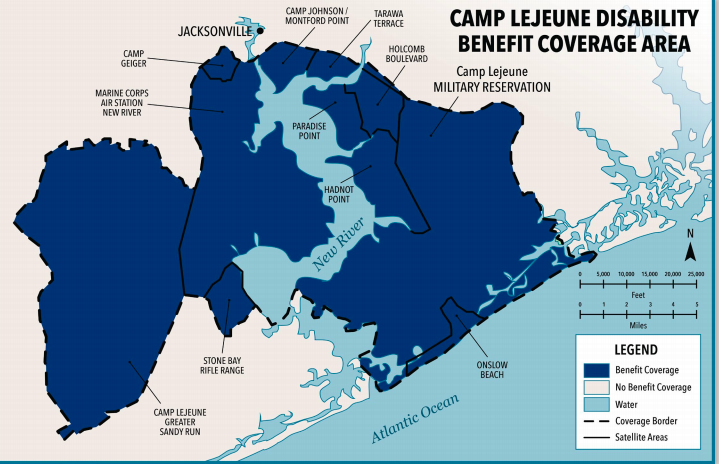