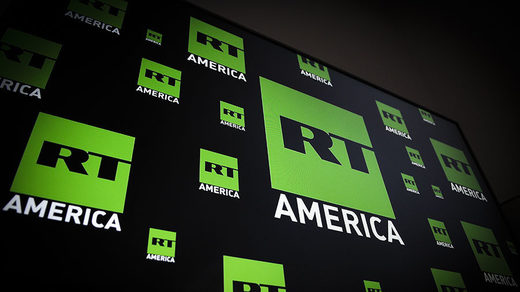 US government’s demand that RT America register as a foreign agent was greeted by loud silence from human rights watchdogs and press freedom groups. Former US Marine captain Matthew Hoh sent us this letter of support.

With RT being forced to register this week I wanted to send a note of encouragement to you and your colleagues.

Please don’t let the attacks on RT, and on your work, have an effect on your individual journalism and your purpose as a person of conscience. Although it must be trying, exhausting and maddening for you, try and keep the perspective that this is to be expected and such Manichaean formulations by the US government, both major political parties and vast segments of the American population have an extensive and cyclical history of continued occurrence. You and your colleagues are just the latest people to be targeted for discussing publicly and openly many of the ugly wounds, oppressive history and pernicious ongoing injustices, corruption and crimes of American society, government and foreign policy.

Take comfort that in previous eras your guests would have been people like Harriet Tubman, Crazy Horse, Susan B Anthony, Eugene Debs, Martin Luther King, Rachel Carlson and Cesar Chavez and the issues you covered would have been their issues.

I know you are not a stooge for the Russian government and I know you know that. So do many millions of people who can understand the reasons for your work and the subjects that you cover. I have been on RT and have expressed my disapproval of Russian foreign policy, just as I have expressed it in other forums. However, my primary concern in my work, as I believe it is yours at RT America, is to highlight, change and rectify the policies of our American government which is so deadly and ruinous to so many tens of millions of people around the world.

Such counter-narrative to the echo chamber of establishment group think and American Exceptionalism that pervades, dominates and dictates the content of American main stream media is why your work at RT America is so very vital. As a friend has said to me: this is not an issue of controlling Russian propaganda, but rather it is about American control of propaganda in general. Add in the falling ratings and poor financial postures of many main stream American media outlets and I’m frankly surprised that this backlash against and attempted censoring of you has not occurred sooner.

Be strong and confident in your work, happy in your life and let this unfair, specious and petty persecution of you be a light that guides you.

With great respect and friendship,