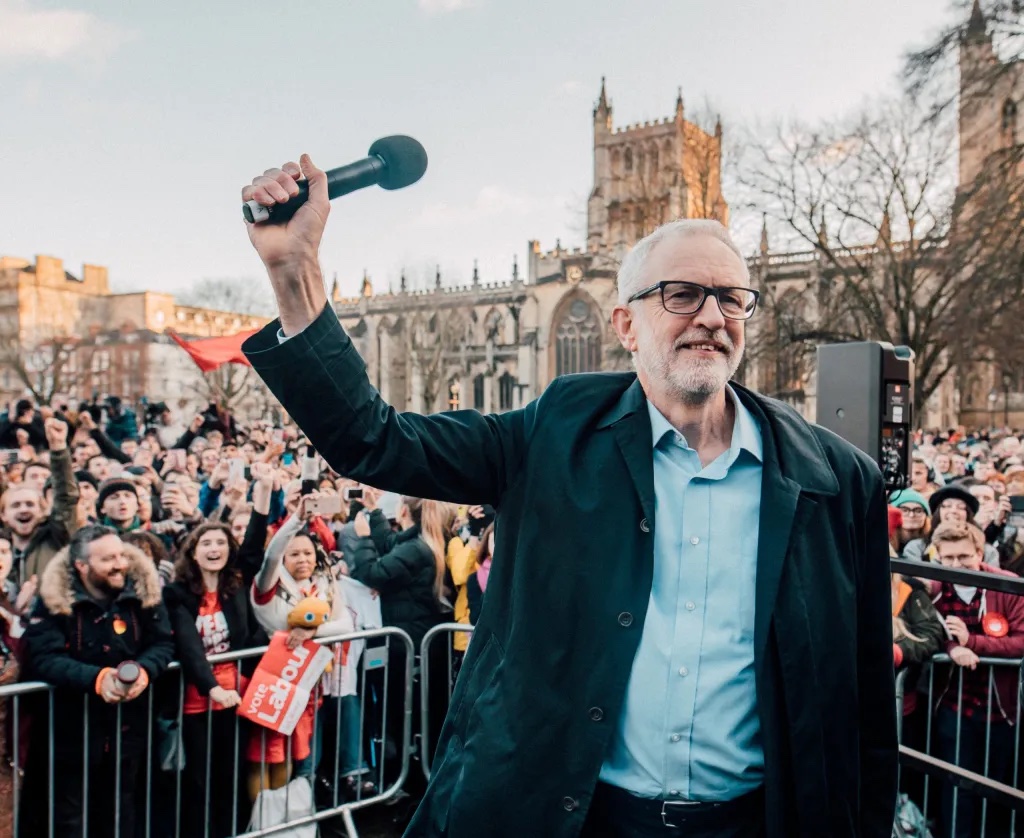 The David Hartsough Lifetime Individual War Abolisher of 2022 Award will be presented to British peace activist and Member of Parliament Jeremy Corbyn who has taken a consistent stand for peace despite intense pressure.

The War Abolisher Awards, now in their second year, are created by World BEYOND War, a global organization that will be presenting four awards at an online ceremony on September 5 to organizations and individuals from the U.S., Italy, England, and New Zealand.

An online presentation and acceptance event, with remarks from representatives of all four 2022 award recipients will take place on September 5 at 8 a.m. in Honolulu, 11 a.m. in Seattle, 1 p.m. in Mexico City, 2 p.m. in New York, 7 p.m. in London, 8 p.m. in Rome, 9 p.m. in Moscow, 10:30 p.m. in Tehran, and 6 a.m. the next morning (September 6) in Auckland. The event is open to the public and will include interpretation into Italian and English.

Jeremy Corbyn is a British peace activist and politician who chaired the Stop the War Coalition from 2011 to 2015 and served as Leader of the Opposition and Leader of the Labour Party from 2015 to 2020. He has been a peace activist all his adult lift and provided a consistent parliamentary voice for the peaceful resolution of conflicts since his election in 1983.

Corbyn is currently a member of the Parliamentary Assembly for the Council of Europe, the UK Socialist Campaign Group, and a regular participant at the United Nations Human Rights Council (Geneva), Campaign for Nuclear Disarmament (Vice President), and Chagos Islands All Party Parliamentary Group (Honorary President), and a Vice president of the British Group Inter-Parliamentary Union (IPU).

Corbyn has supported peace and opposed the wars of many governments: including Russia’s war on Chechnya, 2022 invasion of Ukraine, Morocco’s occupation of Western Sahara and Indonesia’s war on the West Papuan people: but, as a British member of Parliament, his focus has been on wars engaged in or supported by the British government. Corbyn was a prominent opponent of the 2003-begun phase of the war on Iraq, having been elected to the Steering Committee of the Stop the War Coalition in 2001, an organization formed to oppose the war on Afghanistan. Corbyn has spoken at countless antiwar rallies, including the February 15 largest-ever demonstration in Britain, part of global demonstrations against attacking Iraq.

Corbyn was one of just 13 MPs to vote against the 2011 war in Libya and has argued for Britain to seek negotiated settlements to complex conflicts, such as in Yugoslavia in the 1990s and Syria in the 2010s. A 2013 vote in Parliament against war Britain joining the war in Syria was instrumental in dissuading the United States from dramatically escalating that war.

As Labour Party leader, he responded to the 2017 terrorist atrocity at the Manchester Arena, where suicide bomber Salman Abedi killed 22 concert goers, mainly young girls, with a speech that broke with bipartisan support for the War on Terror. Corbyn argued that the War on Terror had made British people less safe, increasing the risk of terrorism at home. The argument outraged the British political and media class but polling showed it was supported by the majority of the British people. Abedi was a British citizen of Libyan heritage, known to the British security services, who had fought in Libya and was evacuated from Libya by a British operation.

Corbyn has been a strong advocate for diplomacy and nonviolent resolution of disputes. He has called for NATO to be ultimately disbanded, viewing the build up of competitive military alliances as increasing rather than decreasing the threat of war. He is a lifelong opponent of nuclear weapons and supporter of unilateral nuclear disarmament. He has supported Palestinian rights and opposed Israeli attacks and illegal settlements. He has opposed British arming of Saudi Arabia and participation in the war on Yemen. He has supported returning the Chagos Islands to their residents. He has urged the Western powers to support a peaceful settlement to Russia’s war on Ukraine, rather than escalate that conflict into a proxy war with Russia.