Tuesday evening in Lancaster, Pennsylvania, five residents — including Brad Wolf, a World BEYOND War partner with Peace Action Network of Lancaster — spoke in support of a resolution, which the City Council then passed by unanimous vote. The text of the resolution is as follows:

FILE OF THE CITY CLERK

A RESOLUTION OF THE COUNCIL OF THE CITY OF LANCASTER RECOGNIZING THE INTERNATIONAL DAY OF PEACE ON SEPTEMBER 21ST AND URGING THE UNITED STATES CONGRESS TO REDUCE ITS FUNDING TO THE UNITED STATES DEPARTMENT OF DEFENSE AND REALLOCATE THOSE FUNDS TO DOMESTIC NEEDS WITH THE GOAL OF A MORE PEACEFUL WORLD AND AN ENHANCED QUALITY OF LIFE FOR THE CITIZENS OF THE UNITED STATES.

WHEREAS, the United Nations declared September 21 as the International Day of Peace with the goal of strengthening the ideals of peace and promoting non-violence; and

WHEREAS, Congress approved a $778 billion military budget for Fiscal Year 2022, which consumes 51 percent of every federal income tax dollar, and consumes an estimated 52 percent of the entire federal discretionary budget; and

WHEREAS, according to data from the Stockholm International Peace Research Institute, the United States taxpayers in 2020 paid more for their military than the combined military expenditures of China, Saudi Arabia, Russia, India, France, the United Kingdom, and Japan; and

WHEREAS, according to the Political Economy Research Institute of the University of Massachusetts, Amherst, spending $1 billion on domestic priorities produces “substantially more jobs within the U.S. economy than would the same $1 billion spent on the military;” and

WHEREAS, promoting non-military solutions to global problems could reasonably be expected to reduce individual reliance on guns and violence in Lancaster City in addressing personal disputes and acts of desperation.

THEREFORE, BE IT RESOLVED that the City Council of the City of Lancaster recognizes the International Day of Peace on September 21, 2022 and urges Congress to honor the spirit of the International Day of Peace by dramatically cutting military spending and reallocate taxpayer funds taken from United States citizens and apply them toward the above-mentioned domestic needs.

AND, BE IT FURTHER RESOLVED that the Council of the City of Lancaster requests the Clerk provide this resolution to the federal elected officials who represent Lancaster City. 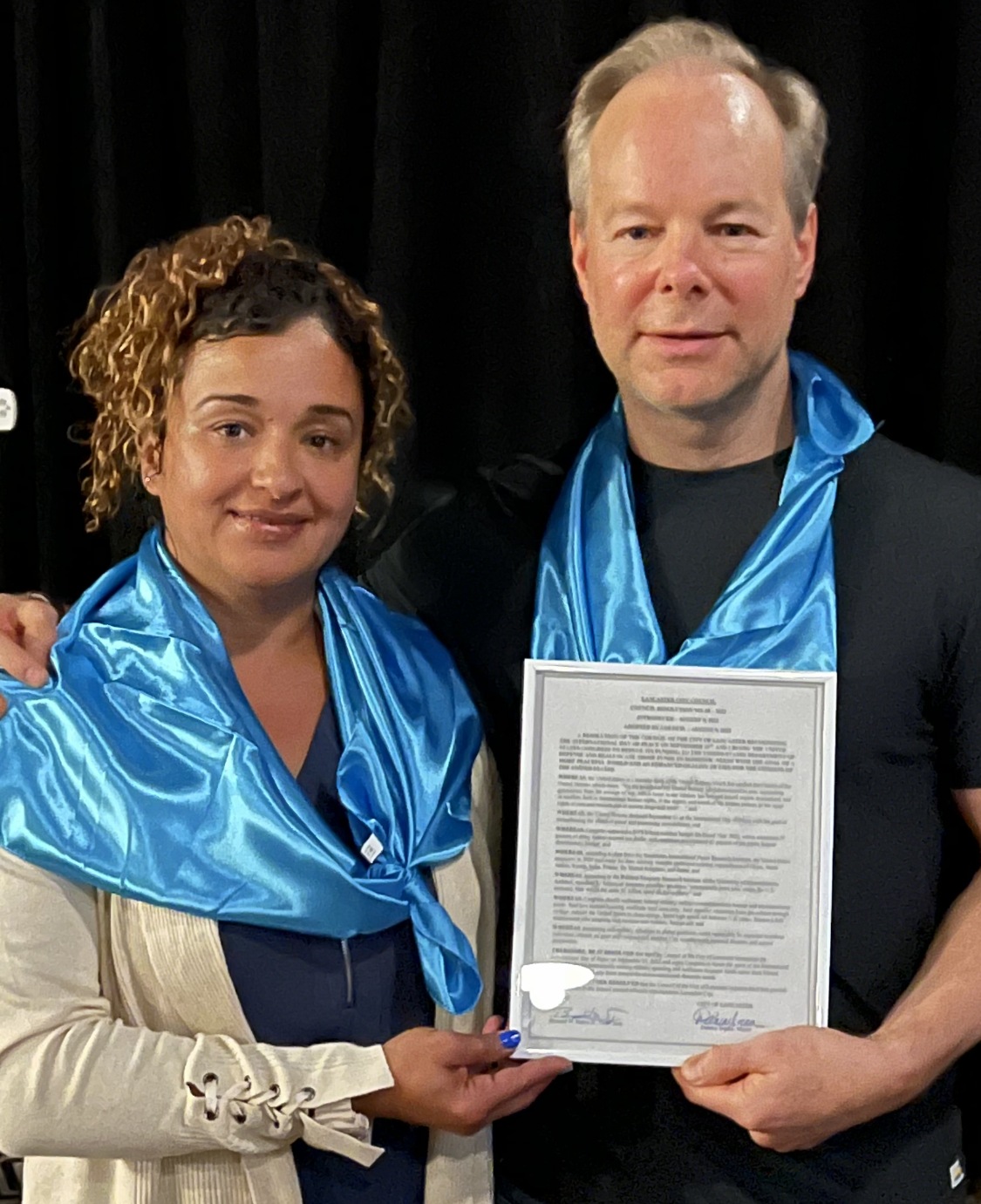