What Kind of Nuclear Attack Would be Legal? 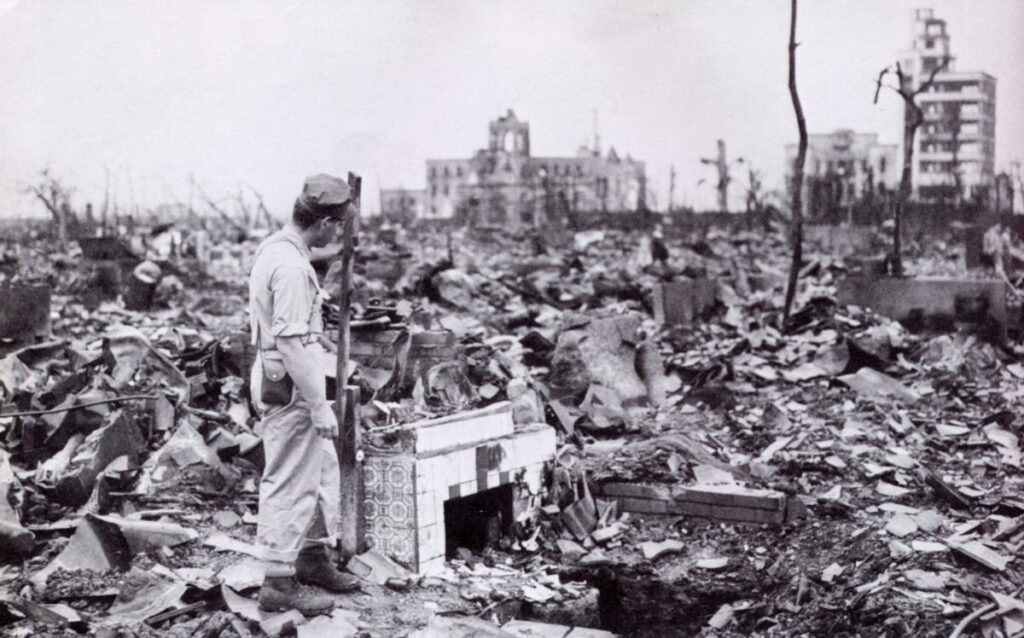 US nuclear commander would balk at any “illegal” order

All these headlines give the direct impression that a nuclear attack could be legal in some circumstances. But is this possible?

Air Force General John Hyten, commander of Strategic Command, told the Halifax International Security Forum Nov. 18, that an order from the president to launch nuclear weapons can be refused if that order is determined to be illegal. In the face of an unlawful order, Gen. Hyten said, he would tell Trump he couldn’t carry it out. “If it’s illegal, guess what’s going to happen?” Hyten asked the gathering. “I’m going to say, ‘Mr. President, that’s illegal.’”

Generals Hyten and Kehler both said in their unprecedented public comments that the legal principles of “military necessity,” “discriminate destruction,” and “proportionality” all apply to decisions about nuclear attacks. Senator Ben Cardin, D-Maryland, asked Gen. Kehler if he meant that Strategic Command could disobey a president’s ordering a nuclear attack. “Yes,” Kehler said.

That military officers “could” disobey, or “can” refuse unlawful orders are actually understatements in this context. US military service manuals explicitly require military personal to refuse illegal orders. As everyone sworn-in to the service is taught, disobeying illegal orders is mandatory; following them is a crime worthy of court martial. As CNN reported: “Under US military law, troops are obligated to not obey an unlawful order. If they received such an order, they could resign or force Trump to fire them.” The point was made during last year’s presidential campaign, when Trump promised to unlawfully torture prisoners, kill the families of suspected militants, and bomb civilians. CNN reported then that “Pentagon Press Secretary Peter Cook noted on [Nov. 17, 2016] that all US troops have an obligation not to follow illegal orders.”

But more importantly, there is a deep and startling absurdity and a shocking ignorance in these public nuclear war conversations. Any use of nuclear weapons would be indiscriminate and illegal by definition. Only the uninitiated, uninformed or willfully blind can still imagine that today’s nuclear weapons could be used “proportionately” to produce more military good than evil. The uncontrollable, unlimited, and unfathomable magnitude of nuclear weapons effects have been established as unlawful in countless text books, law journals, government studies and independent analyses.

The use of nuclear weapons under any circumstances would be illegal because international covenants, treaties, and protocols forbid indiscriminate destruction, attacks that are disproportionate to a military objective, and weapons’ effects that “treacherously wound,” harm neutral states, or do long-term damage to the environment.

In her book Thermonuclear Monarchy Professor Elaine Scarry of Harvard reminds us that as long ago as 1995, Sweden, Iran and Egypt argued before the International Court of Justice that since nuclear weapons cause disproportionate suffering, they are prohibited by the 1868 Declaration of St. Petersburg and the Geneva Protocols of 1925, 1949, and 1977. The Republic of the Marshall Islands argued that using nuclear weapons would violate the 1907 Hague Conventions prohibiting weapons with effects that cross into neutral states. Both North Korea and India, neither of which possessed nuclear weapons in 1995, wrote to the World Court insisting that it judge them unlawful. India argued that any use of nuclear weapons, including the mere possession of them, is illegal under the Charter of the United Nations and international “rules of proportionality.”

Charles Moxley, in his 813-page study Nuclear Weapons & International Law, puts this list of treaty violations in perspective: “Nuclear weapons are not illegal just because they violate these laws of war, as exhaustively proven in this volume. They are illegal because they cause widespread and indiscriminate destruction without promoting the purpose of war: resolving conflict … They are not weapons but only wanton machines of symmetric destruction.”

What the generals and the congressional bureaucrats fail to grasp in their fantasies of legal nuclear attacks, is the vastness of the difference between conventional and nuclear weapons, and that the latter cannot be used in war without slaughtering hundreds of thousands of civilians—that is, without committing war crimes. Some uncomfortable background information might be necessary.

Moxley’s Nuclear Weapons & International Law reports that, “A nuclear detonation generates temperatures of 100 million degrees while a dynamite explosive about 3000 degrees.” What this unimaginable heat does to cities is explained by Lynn Eden in her book Whole World on Fire. “Mass fire and extensive fire damage would occur in almost every circumstance in which nuclear weapons were detonated in a suburban or urban area. …damage from mass fire would extend two to five times farther than blast damage.”

In 1977, the Federal Emergency Management Agency’s 653-page book The Effects of Nuclear Weapons notes with understatement, “persons in buildings or tunnels close to ground zero may be burned by hot gases and dust entering the structure…” In its lengthy consideration of radiation effects, taken from the US Atomic Bomb Casualty Commission, the FEMA study says in part, “Among them, apart from genetic effects, are the formation of cataracts, nonspecific life shortening, leukemia, other forms of malignant disease, and retarded development of children in utero at the time of the exposure.” As Ann Fagan Ginger reported in her book Nuclear Weapons are Illegal, “They continue to maim and kill long after they explode in a test or in a war.”

A mass fire or “firestorm” Eden writes, is “the simultaneous combustion of many fires over a large area, which causes a great volume of air to heat, rise, and suck in large amounts of fresh air at hurricane speeds from the periphery,” Eden notes. “Within ten minutes after the cataclysmic events associated with the detonation, a mass of buoyantly rising fire-heated air would signal the start of a second and distinctly different event—the development of a mass fire of gigantic scale and ferocity. This fire would quickly increase in intensity. In a fraction of an hour it would generate ground winds of hurricane force with average air temperatures well above the boiling point of water (212°F, 100°C). This would produce a lethal environment over a vast contiguous area.”

Eden’s research is worth quoting at length. “The first mass fire in history was created by allied incendiary raids at Hamburg on the night of July 27-28, 1943. Within 20 minutes, two of three buildings within an area of 4.5 square miles were on fire. In three to six hours, this fire so completely burned out an area of more than 5 square miles that the area was referred to by damage analysts as the ‘Dead City.’ Well-documented accounts describe wind speeds of hurricane force within the city. Air temperatures were calculated to be between four and five hundred degrees Fahrenheit, hundreds of degrees above the temperature of boiling water. [Up to] 100,000 people were killed in the attack. A mass fire resulting from a modern nuclear weapon could be expected to burn out an urban or suburban area of considerably larger size in a similarly brief time.”

Legal scholar George Delf’s Humanizing Hell! The Law V. Nuclear Weapons is concise, bold, and direct. “[A]rmed forces are committed by military, domestic and international law not to attack non-combatants. Any government which adopts a defense policy implying such an attack is therefore inciting its own forces to commit war crimes on a gigantic and suicidal scale.”

John LaForge, syndicated by PeaceVoice, is Co-director of Nukewatch, a peace and environmental justice group in Wisconsin, and is co-editor with Arianne Peterson of Nuclear Heartland, Revised: A Guide to the 450 Land-Based Missiles of the United States.