Imagine a World with U.S.-China Cooperation 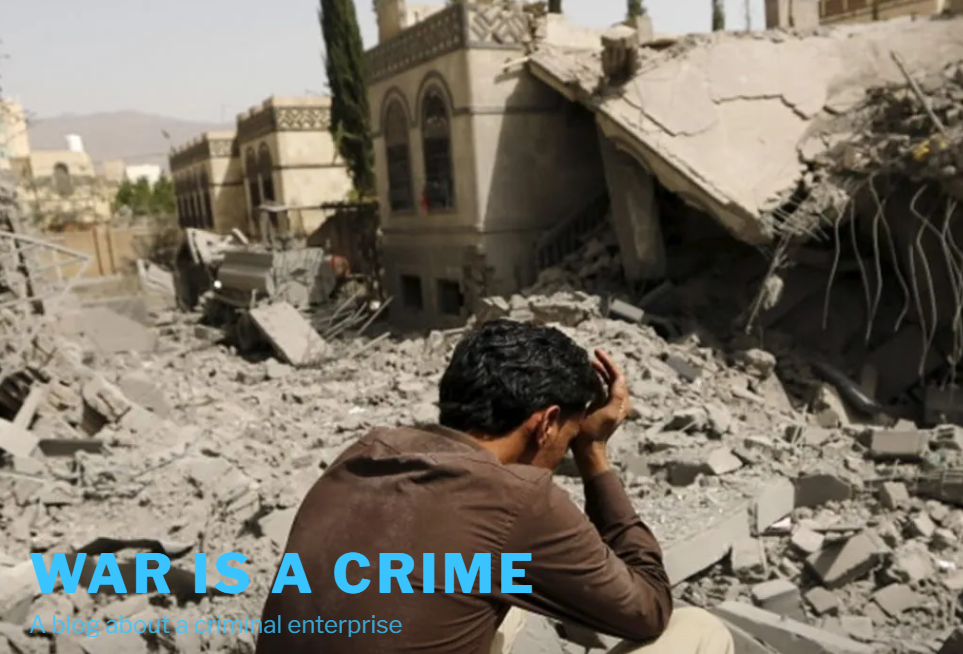 At the moment, however, the governments of the two nations seem far from a cooperative relationship.  Indeed, intensely suspicious of one another, the United States and China are increasing their military spending, developing new nuclear weapons, engaging in heated quarrels over territorial issues, and sharpening their economic competition.  Disputes over the status of Taiwan and the South China Sea are particularly likely flashpoints for war.

But imagine the possibilities if the United States and China did cooperate.  After all, these countries possess the world’s two largest military budgets and the two biggest economies, are the two leading consumers of energy, and have a combined population of nearly 1.8 billion people.  Working together, they could exercise enormous influence in world affairs.

Instead of preparing for a deadly military confrontation—one that appeared perilously close in late 2020 and early 2021—the United States and China could turn over their conflicts to the United Nations or other neutral bodies like the Association of Southeast Asian Nations for mediation and resolution.  Aside from averting a potentially devastating war, perhaps even a nuclear war, this policy would facilitate substantial cuts in military spending, with savings that could be devoted to bolstering UN operations and funding their domestic social programs.

Instead of the two countries obstructing UN action to protect international peace and security, they could fully support it—for example, by ratifying the UN Treaty on the Prohibition of Nuclear Weapons.

Instead of continuing as the world’s largest emitters of greenhouse gasses, these two economic giants could work together to fight the escalating climate catastrophe by reducing their carbon footprint and championing international agreements with other nations to do the same.

Instead of blaming one another for the current pandemic, they could work cooperatively on global public health measures, including massive production and distribution of Covid-19 vaccines and research on other potentially horrendous diseases.

Instead of engaging in wasteful economic competition and trade wars, they could pool their vast economic resources and skills to provide poorer nations with economic development programs and direct economic assistance.

Instead of denouncing one another for human rights violations, they could admit that they both had oppressed their racial minorities, announce plans for ending this mistreatment, and provide reparations to its victims.

Although it might seem that such a turnabout is impossible, something roughly comparable happened in the 1980s, when the U.S.-Soviet Cold War, long a staple of international affairs, came to a sudden, unexpected end.  In the context of a massive wave of popular protest against the heightening Cold War and, particularly, the growing danger of nuclear war, Soviet President Mikhail Gorbachev had the wisdom to see that the two nations had nothing to gain and a great deal to lose by continuing down the path of rising military confrontation.  And he even succeeded in convincing U.S. President Ronald Reagan, long an ardent hawk but beleaguered by popular pressure, of the value of cooperation between their two nations.  In 1988, with the U.S.-Soviet confrontation fast collapsing, Reagan strolled pleasantly with Gorbachev through Moscow’s Red Square, telling curious onlookers:  “We decided to talk to each other instead of about each other.  It’s working just fine.”

Unfortunately, in subsequent decades, new leaders of both nations squandered the enormous opportunities for peace, economic security, and political freedom opened up by the end of the Cold War.  But, at least for a time, the cooperative approach did work just fine.

And it can again.

Given the current frosty state of relations between the governments of the United States and China, it seems that, despite the promising rhetoric at the recent Biden-Xi meeting, they are not yet ready for a cooperative relationship.

But what the future will bring is quite another matter—particularly if, as in the case of the Cold War, the people of the world, daring to imagine a better way, decide that it is necessary to set the governments of the two most powerful nations on a new and more productive course.

[Dr. Lawrence Wittner (https://www.lawrenceswittner.com/ ) is Professor of History Emeritus at SUNY/Albany and the author of Confronting the Bomb (Stanford University Press).]