On the January 25th global day of action to end the war on Yemen one of the most dramatic actions that moved the demand for peace into the most media stories was taken by members of World BEYOND War and our allies, including Labour Against the Arms Trade in Hamilton, Ontario, Canada.

We blocked trucks outside Paddock Transportation International. Paddock ships armored vehicles to Saudi Arabia for the Saudi-led war on Yemen — or at least it tries to!

Paddock’s trucks were delayed and their office flooded with calls. A great deal of attention was brought to the issue. For the first time, a Liberal Member of Parliament broke with the government’s position and publicly supported our demands.

At the same time, a Parliamentary Petition was launched through which Canadian residents can ask their government to halt weapons sales to Saudi Arabia — something the U.S. government did, at least temporarily, on Wednesday. Most opposition parties in Canada are now in favor of halting weapons sales.

We are hopeful that our action has also helped to discourage companies from taking contracts to ship weapons, due to the risk they will incur of costly and heavily publicized delays.

No one was injured or arrested in this action. 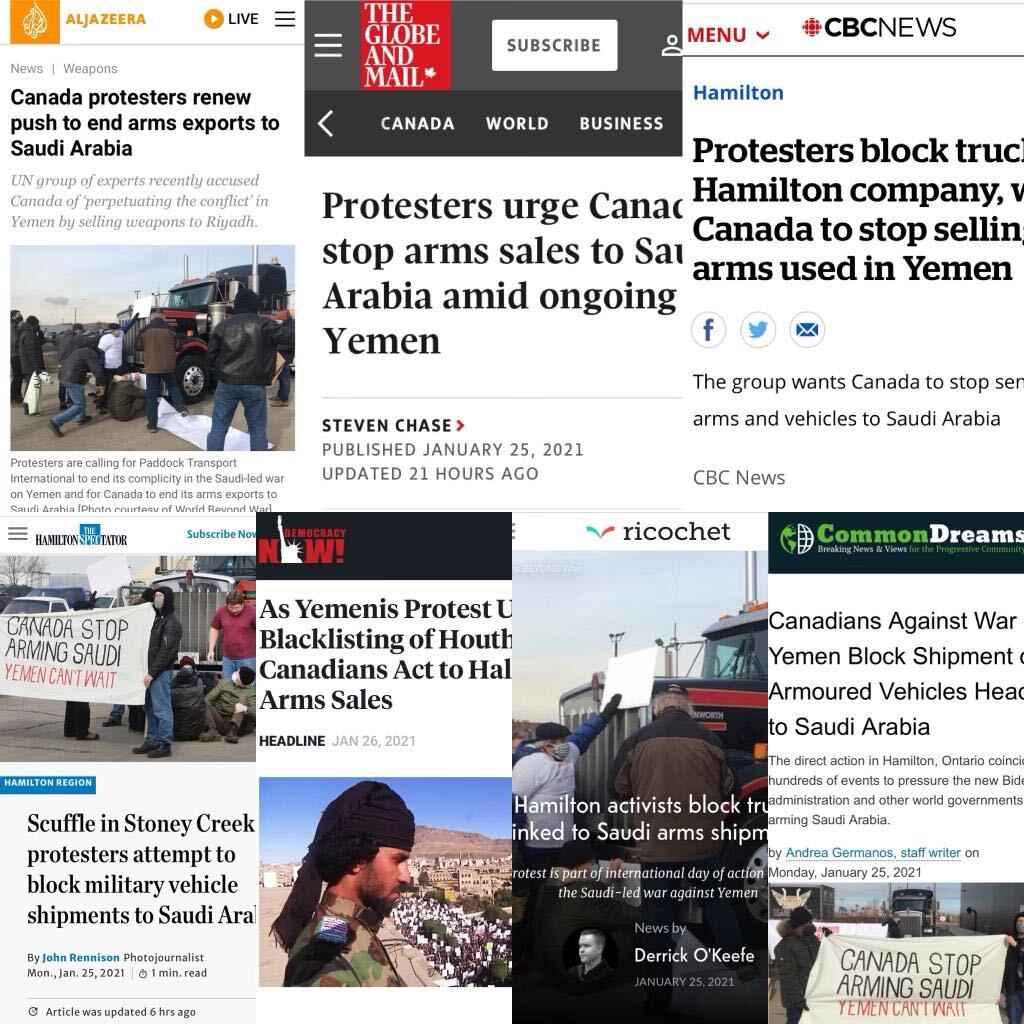 Simultaneously, World BEYOND War members and allies on the east coast of Canada, in Halifax, Nova Scotia, protested outside Raytheon Canada Limited to condemn the atrocities committed with Raytheon missiles in Yemen and demand that Canada end weapon sales to Saudi Arabia.

Since Monday, World BEYOND War has had inquiries from around the world from people wanting to take similar steps where they are. We encourage you to do so thoughtfully, strategically, and with care for your safety and that of others. We are happy to help you to the extent of our capacity.

A good first step may be to join with one of our chapters or affiliates, or begin to form your own.

Another way that you can help is to support our hard-working, underpaid crew and all the costs entailed in these campaigns by donating to World BEYOND War — even becoming a recurring donor if willing and able. Without that support we will not be able to advance these promising efforts. 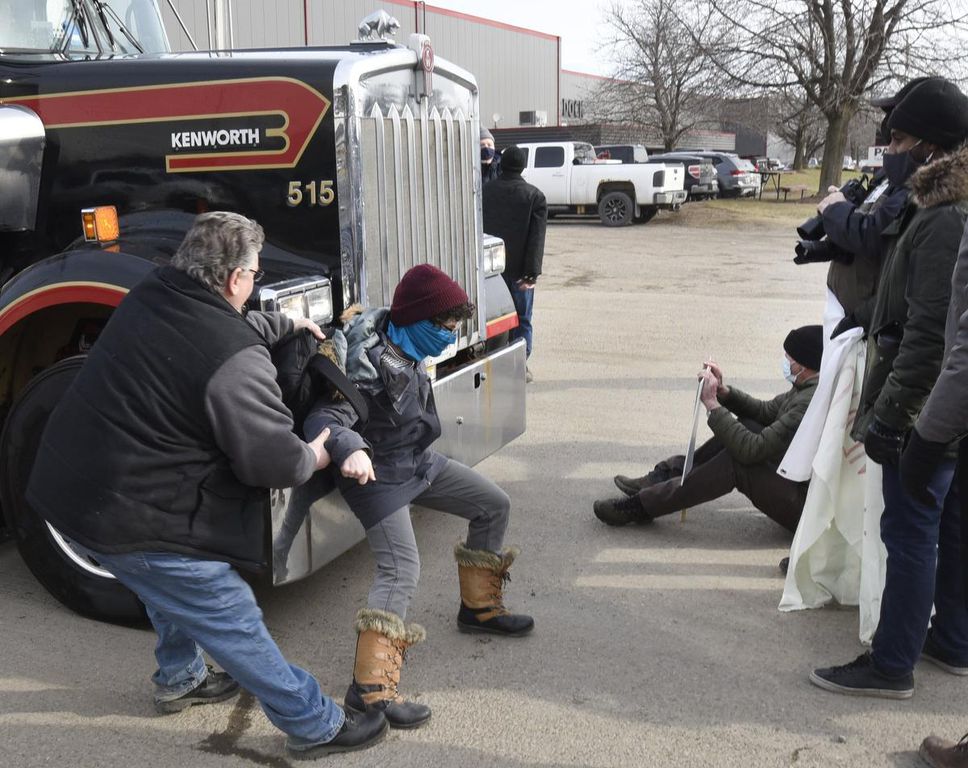