How the United States Helps To Kill Palestinians 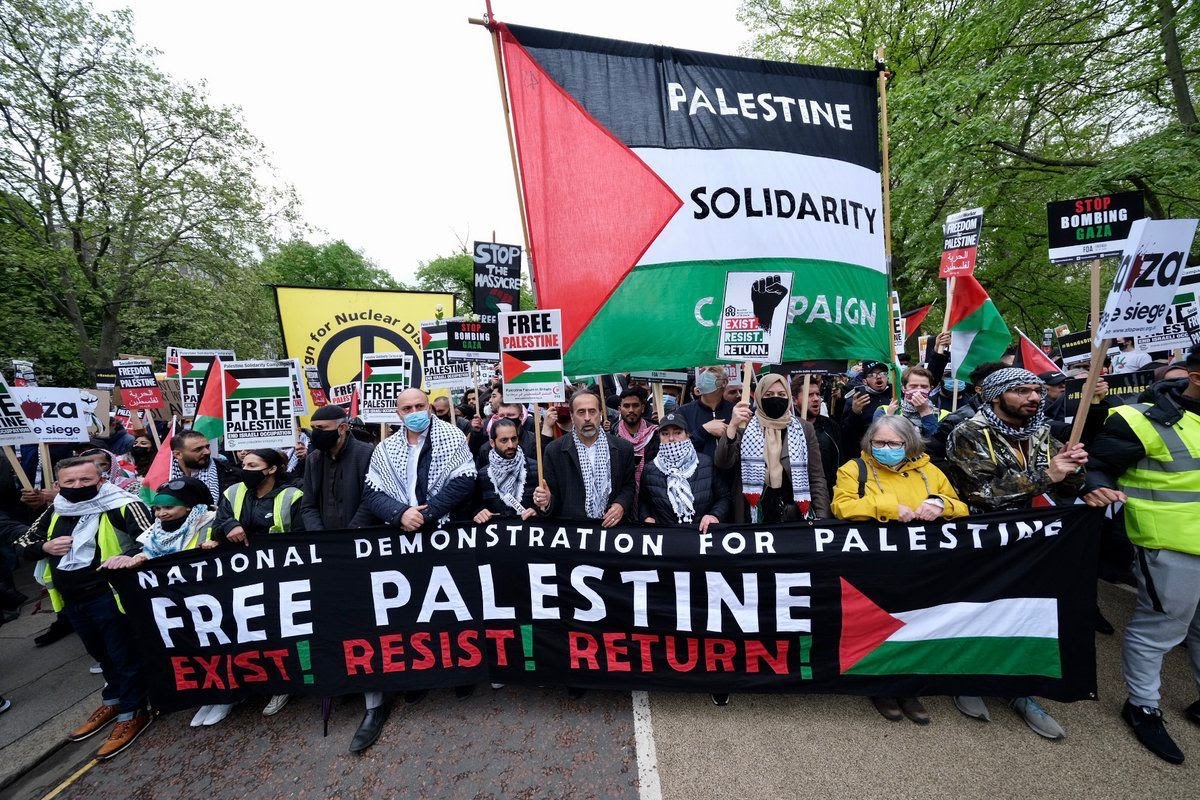 The U.S. corporate media usually report on Israeli military assaults in occupied Palestine as if the United States is an innocent neutral party to the conflict. In fact, large majorities of Americans have told pollsters for decades that they want the United States to be neutral in the Israeli-Palestinian conflict.

The disparity in casualties in Israeli assaults on Gaza speaks for itself.

As with the Saudi-led war on Yemen and other serious foreign policy problems, biased and distorted news coverage by U.S. corporate media leaves many Americans not knowing what to think. Many simply give up trying to sort out the rights and wrongs of what is happening and instead blame both sides, and then focus their attention closer to home, where the problems of society impact them more directly and are easier to understand and do something about.

So how should Americans respond to horrific images of bleeding, dying children and homes reduced to rubble in Gaza? The tragic relevance of this crisis for Americans is that, behind the fog of war, propaganda and commercialized, biased media coverage, the United States bears an overwhelming share of responsibility for the carnage taking place in Palestine.

U.S. policy has perpetuated the crisis and atrocities of the Israeli occupation by unconditionally supporting Israel in three distinct ways: militarily, diplomatically and politically.

On the military front, since the creation of the Israeli state, the United States has provided $146 billion in foreign aid, nearly all of it military-related. It currently provides $3.8 billion per year in military aid to Israel.

In addition, the United States is the largest seller of weapons to Israel, whose military arsenal now includes 362 U.S.-built F-16 warplanes and 100 other U.S. military aircraft, including a growing fleet of the new F-35s; at least 45 Apache attack helicopters; 600 M-109 howitzers and 64 M270 rocket-launchers. At this very moment, Israel is using many of these U.S.-supplied weapons in its devastating bombardment of Gaza.

The U.S. military alliance with Israel also involves joint military exercises and joint production of Arrow missiles and other weapons systems. The U.S. and Israeli militaries have collaborated on drone technologies tested by the Israelis in Gaza. In 2004, the United States called on Israeli forces with experience in the Occupied Territories to give tactical training to U.S. Special Operations Forces as they confronted popular resistance to the United States’ hostile military occupation of Iraq.

The U.S. military also maintains a $1.8 billion stockpile of weapons at six locations in Israel, pre-positioned for use in future U.S. wars in the Middle East. During the Israeli assault on Gaza in 2014, even as the U.S. Congress suspended some weapons deliveries to Israel, it approved handing over stocks of 120mm mortar shells and 40mm grenade launcher ammunition from the U.S. stockpile for Israel to use against Palestinians in Gaza.

Diplomatically, the United States has exercised its veto in the UN Security Council 82 times, and 44 of those vetoes have been to shield Israel from accountability for war crimes or human rights violations. In every single case, the United States has been the lone vote against the resolution, although a few other countries have occasionally abstained.

It is only the United States’ privileged position as a veto-wielding Permanent Member of the Security Council, and its willingness to abuse that privilege to shield its ally Israel, that gives it this unique power to stymie international efforts to hold the Israeli government accountable for its actions under international law.

The result of this unconditional U.S. diplomatic shielding of Israel has been to encourage increasingly barbaric Israeli treatment of the Palestinians. With the United States blocking any accountability in the Security Council, Israel has seized ever more Palestinian land in the West Bank and East Jerusalem, uprooted more and more Palestinians from their homes and responded to the resistance of largely unarmed people with ever-increasing violence, detentions and restrictions on day-to-day life.

Thirdly, on the political front, despite most Americans supporting neutrality in the conflict, AIPAC and other pro-Israel lobbying groups have exercised an extraordinary role in bribing and intimidating U.S. politicians to provide unconditional support for Israel.

The roles of campaign contributors and lobbyists in the corrupt U.S. political system make the United States uniquely vulnerable to this kind of influence peddling and intimidation, whether it is by monopolistic corporations and industry groups like the Military-Industrial Complex and Big Pharma, or well-funded interest groups like the NRA, AIPAC and, in recent years, lobbyists for Saudi Arabia and the United Arab Emirates.

On April 22, just weeks before this latest assault on Gaza, the overwhelming majority of congresspeople, 330 out of 435, signed a letter to the chair and ranking member of the House Appropriations Committee opposing any reduction or conditioning of US monies to Israel. The letter represented a show of force from AIPAC and a repudiation of calls from some progressives in the Democratic Party to condition or otherwise restrict aid to Israel.

President Joe Biden, who has a long history of supporting Israeli crimes, responded to the latest massacre by insisting on Israel’s “right to defend itself” and inanely hoping that “this will be closing down sooner than later.” His UN ambassador also shamefully blocked a call for a ceasefire at the UN Security Council.

The silence and worse from President Biden and most of our representatives in Congress at the massacre of civilians and mass destruction of Gaza is unconscionable. The independent voices speaking out forcefully for Palestinians, including Senator Sanders and Representatives Tlaib, Omar and Ocasio-Cortez, show us what real democracy looks like, as do the massive protests that have filled U.S. streets all over the country.

Congress must also be pressured to quickly enforce the Arms Export Control Act and the Leahy Laws to stop supplying any more U.S. weapons to Israel until it stops using them to attack and kill civilians.

The United States has played a vital and instrumental role in the decades-long catastrophe that has engulfed the people of Palestine. U.S. leaders and politicians must now confront their country’s and, in many cases, their own personal complicity in this catastrophe, and act urgently and decisively to reverse U.S. policy to support full human rights for all Palestinians.