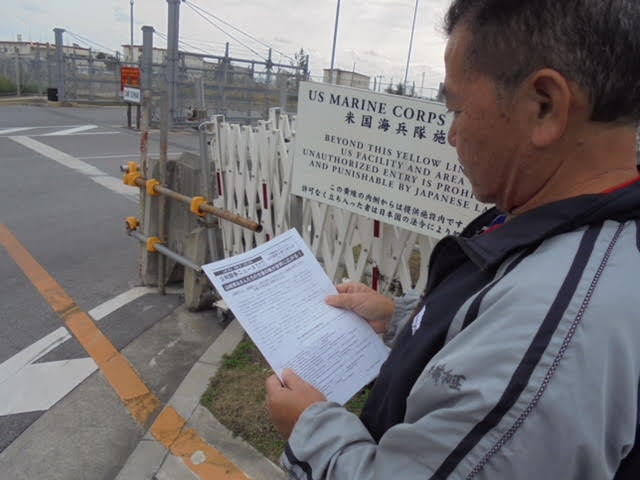 A friend sent these recent photos of Hiroji Yamashiro, the courageous activist fighting harsh jail sentences in Japan for his protests against the US military base in Okinawa. Here is Hiroji along with his wife and another protestor. 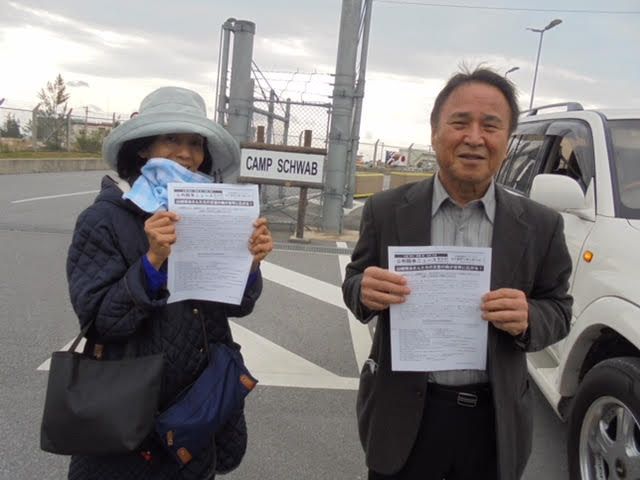 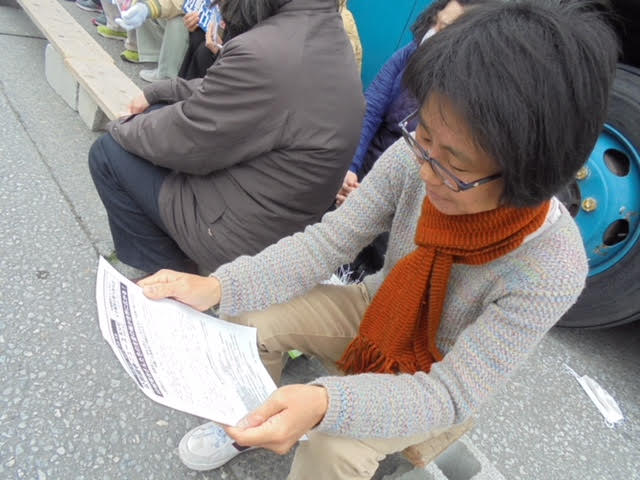 The Coalition Against US Foreign Military Bases delivered this statement  in support of Hiroji Yamashiro’s brave struggle earlier this month at its Baltimore conference:

WE DEMAND THAT ALL CHARGES AGAINST HIROJI YAMASHIRO, HIROSHI INABA, AND ATSUHIRO SOEDA BE DROPPED, AND THE U.S. BASES ON OKINAWA BE CLOSED
On January 14, 2018, the Conference on U.S. Foreign Military Bases held in Baltimore, Maryland, USA, organized by Coalition Against U.S. Foreign Military Bases — consisting of more than 250 peace, justice and environmental organizations from around the world — heard from Okinawans, and members of the Veterans For Peace from the United States who recently visited Okinawa to add their voices to the growing chorus opposed to the presence of U.S. military bases on the island.
We are aware of the terrible role that U.S. bases on Okinawa have played in the destruction of the environment and of the many criminal acts of U.S. military personnel, including rape and murder against the people of Okinawa.
We are also aware of the central role that the U.S. bases on Okinawa played during the criminal war waged by the U.S. against the people of Vietnam and the present-day role they play in the aggressive military presence of the U.S. in the entire region.
On the basis of these facts, the Coalition Against U.S. Foreign Military Bases and all of the Conference participants unanimously demand that all charges against Hiroji Yamashiro, and his co-defendants Hiroshi Inaba and Atsuhiro Soeda, be dropped and all attempts to silence the people of Okinawa in their just quest to rid their homeland of the many U.S. military bases be stopped.
The Coalition further pledges to support the case of Hiroji Yamashiro, Hiroshi Inaba, Atsuhiro Soeda, and to publicize their cases in the U.S. and to raise the demand that all U.S. military bases be removed from Okinawa.
Coordinating Committee of the Coalition
Against U.S. Foreign Military Bases
January 15, 2018