“Google Should Not Be In The Business Of War”: Understanding the Weaponization of Artificial Intelligence 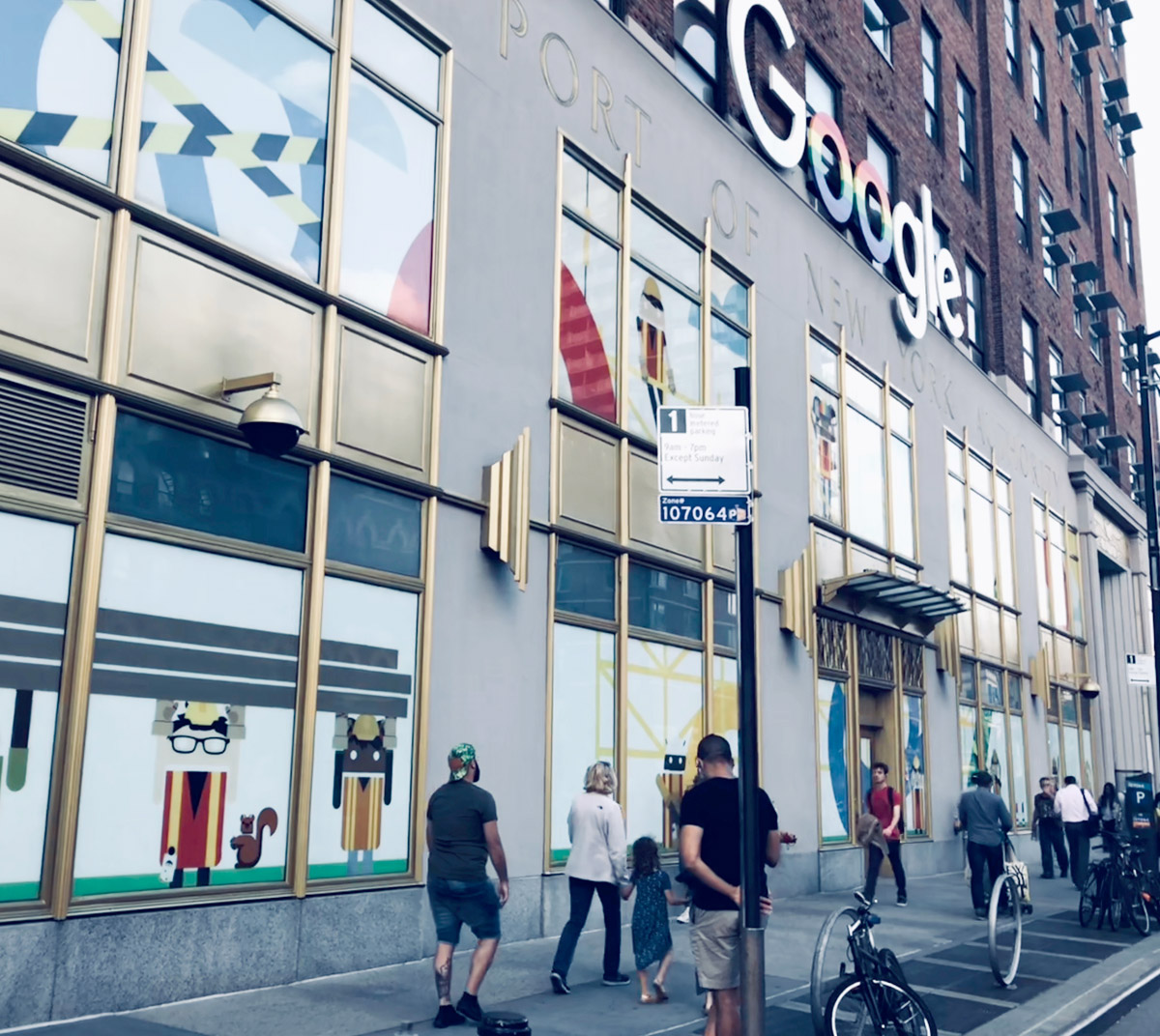 In early April, more than 3100 Google employees signed a letter that begins with the words “Google should not be in the business of war”. The letter is a response to the company’s participation in a new US Department of Defense artificial intelligence program called Project Maven, which it describes as a “customized AI surveillance engine” designed to interpret visual images from drones, and concludes with a powerful request from Google employees to their management:

“Recognizing Google’s moral and ethical responsibility, and the threat to Google’s reputation, we request that you:

2. Draft, publicize, and enforce a clear policy stating that neither Google nor its contractors will ever build warfare technology”

This brave act of protest and social responsibility is remarkable for its clarity, and deserves to be recognized as one of the few known cases of active scientists or workers directly objecting to their participation in the horrors of war, along with the Russell-Einstein manifesto of 1955, which urged the abolition of war as the only path forward for a world now armed on all sides with nuclear weapons.

This remarkable letter, along with the resignation of dozens of Google employees, proved its power over a month later when Google management announced that it would not renew Project Maven after the contract is completed in March 2019, and acknowledged the “backlash” against Google’s public reputation as the primary reason behind this management decision. While this response does not satisfy the demands in the original letter, it is clearly a step in the right direction, and shows the potential of the Google employee act of protest as a foundation to build upon as the world grapples with the realization that the US military (and, presumably, other military forces as well) are moving quickly to weaponize artificial intelligence.

World BEYOND War has published a new petition to thank these Google employees. We should not only thank them for their courage but should also each think hard for ourselves about the implications of this new form of technology, and about our shared responsibility to avoid the worst case scenarios of its continued use.

The best way to imagine these worst case scenarios is to think about the militarization of two capabilities in which artificial intelligence already touches our everyday lives: facial recognition and driverless vehicles. As you know if you’ve ever tagged a photo on Facebook, artificial intelligence has already reached the point at which you can be easily and immediately identified by algorithm. “Safety cameras” have also gone up all over the world, suddenly granting unknown organizations the unchecked ability to gather and match faces with “identity databases” that contain our information without our permission, knowledge or control.

The technology of driverless vehicles has also progressed with little involvement or awareness on the part of the public commons. The first death in a driverless car was in 2016, when a Tesla crashed into a truck. The first case of a pedestrian killed by a driverless vehicle was only three months ago, in March 2018, when an autonomous Uber struck down a woman crossing the street in Arizona.

These facts explain the urgency behind the Google letter, which reflects a technology industry obsessed by profit, competition and shareholder value. Here are some other points that must be understood to gain a full picture of the dilemma our world is now already in, and the harsh consequences we currently face.

Project Maven is a small project. JEDI is the larger project.

The Google letter called attention to Project Maven, which the company now says it will not renew. Even more importantly, the letter called attention to the existence of a larger US Department of Defense project called JEDI (Joint Enterprise Defense Infrastructure), which should be the primary focus of continuing attention to this topic. There is little public information about this secret project, but its scope includes both artificial intelligence and cloud computing, which indicates massive computing power and scalability, as well as access to a bottomless supply of databases containing geographic and individual personal information.

Like most military technology projects, JEDI is not meant to be visible even to the taxpayers who pay for it, but we should hope that information about this large and expensive project will be released to the public. The craven choice of a project name obviously meant to invoke “Star Wars” suggests that the Department of Defense views this project with a disturbing level of grandeur and self-flattery. Yoda would not be impressed.

Google employees spoke up. Where are Amazon and Microsoft employees?

The letter signed by 3100+ Google employees calls out other companies by name:

“The argument that other firms, like Microsoft and Amazon, are also participating doesn’t make this any less risky for Google.”

Indeed, in the very lucrative field of cloud computing, Amazon is even bigger than Google. While most people think of Amazon as the world’s largest online store, software developers and technologists know of a completely different Amazon. This company leads the world in cloud computing, allowing both small and large organizations to purchase and use server capabilities quickly and easily. Ten years ago, most companies ran their own servers. Today, most companies rent server space from Amazon. Government and military organizations are among those who rely on Amazon’s cloud services, which also include advanced artificial intelligence and database capabilities. We should hope that Amazon employees will be inspired by their peers at Google and begin to speak up in public about the social consequences of the work they do. Will any employees of Amazon declare, as their Google peers have, that “Amazon should not be in the business of war”?

Companies like Google and Amazon have a unique commitment to open source communities.

All corporations are not alike, and indeed Google’s famous self-imposed rule to “Not Be Evil” has been taken seriously by countless open source developers who may not be Google employees but do contribute and interact with Google on open source libraries such as TensorFlow, which provides deep learning capabilities.

This is one reason why the Google employees letter was such a shock wave to the global community of open source developers. While a traditional military contractor like Raytheon or General Dynamics typically carries out all its work in private, artificial intelligence libraries like TensorFlow are unique collaborations between corporations and the public commons. The global open source software community has been integral to the development and healthy growth of the entire Internet, and this community has always stood for an explicit sense of social responsibility. When employees say “Google should not be in the business of war”, they speak not only for their fellow Google employees but also for the international community of open source developers who contribute to their projects.

Weaponized AI is now a reality, and not just in USA.

We should not have needed a letter from 3100 Google employees to warn us about the fact that the age of weaponized artificial intelligence is already upon us, and not just in the United States of America. In USA, this will inevitably result in a growing public fear and hysteria about what other countries are doing in the field of weaponized AI. Military profiteers all over the world are surely counting on this arms race to escalate. This is the terrible reality of the situation we are already in.

The only sane answer is the abolition of war.

The manifesto about nuclear proliferation signed by Bertrand Russell, Albert Einstein and others in 1955 pointed to an answer that still eludes us. The only path to sanity for a world gripped by fear and primed to explode is the abolition of war. This was perfectly clear in 1955, but the leaders of the time were not capable of delivering on this hope.

Today, 63 years later, we see as clearly as ever that war only brings more war, and that technological advancements will continue to raise the stakes. The sickening vision of killer drones connected to massive real-time databases and equipped with state-of-the-art artificial intelligence capabilities chasing human beings down is no longer a vision of the future (as it was in the frightening “Metalhead” episode of “Black Mirror”, which aired only last year). All the pieces are in place to make this sickening vision of a reality, and the courageous act of 3100+ Google employees has now revealed to us that even some corporations that have pledged to uphold a moral standard are moving forward at full speed towards this future that nobody wants. The stakes are raised, yet again. The responsibility is on all of us – not only Google employees, not only software developers, but all of us – to solve the worst problem the world has ever known and work towards the complete abolition of war.