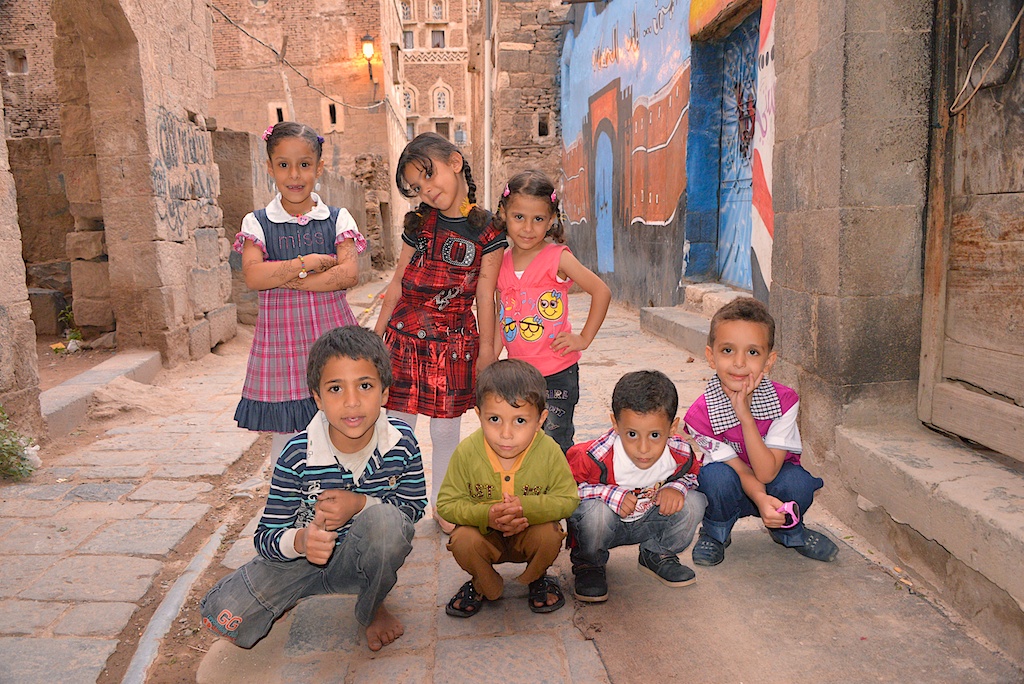 Every Single Member of Congress Is Willing to Let Yemeni Children Die.

If you want to prove that statement wrong, I think you’ll want to start by proving wrong one or more of these five points:

Let’s fill these five points out a little:

Here’s an explanation from the Friends Committee on National Legislation:

“Any member of the House or Senate, regardless of committee assignment, can invoke section 5(c) of the War Powers Resolution and get a full floor vote on whether to require the president to remove U.S. armed forces from hostilities. Under the procedural rules written into the War Powers Act, these bills receive a special expedited status that requires Congress to make a full floor vote within 15 legislative days of their introduction. This provision is especially useful because it allows members of Congress to force important debates and votes on the president’s use of military force and Congressional war authority.”

Here’s a link to the actual wording of the law (as the resolution was passed in 1973), and another (as part of existing law in 2022). At the first one, see section 7. At the other one, see section 1546. Both say this: when a resolution is thus introduced, the foreign affairs committee of the relevant house gets no more than 15 days, then the full house gets no more than 3 days. In 18 days or less you get a debate and a vote.

Now, it is true that the Republican House passed a law violating and effectively blocking this law in December of 2018 preventing any forcing of votes on ending the war on Yemen for the remainder of 2018. The Hill reported:

“‘Speaker [Paul] Ryan [(R-Wis.)] is preventing Congress from conducting our constitutional duty and once again, breaking the rules of the House,’ [Rep. Ro Khanna] said in a statement. [Rep. Tom] Massie added on the House floor that the move ‘violates both the Constitution and the War Powers Act of 1973. Just when you thought Congress couldn’t get any swampier,’ he said, ‘we continue to exceed even the lowest expectation.’”

According to the Washington Examiner:

“‘It’s kind of a chicken move, but you know, sadly it’s kind of a characteristic move on the way out the door,’ Virginia Democrat [and Senator] Tim Kaine told reporters of the House rule on Wednesday. ‘[Ryan is] trying to play Saudi Arabia’s defense lawyer, and that’s stupid.’”

As far as I can tell, either no such trick has been played since the dawning of 2019, or every single member of the U.S. Congress, and every single media outlet, is either in favor of it or deems it unworthy of reporting or both. So, no law has undone the War Powers Resolution. So, it stands, and a single member of the House or Senate can compel a speedy vote on ending U.S. participation in the war on Yemen.

We’d have heard. Despite campaign promises, the Biden Administration and Congress keep the weapons flowing to Saudi Arabia, and keep the U.S. military participating in the war. Despite both houses of Congress voting to end U.S. participation in the war when Trump had promised a veto, neither house has held a debate or a vote in the year-and-a-half since Trump left town. A House resolution, HJRes87, has 113 cosponsors — more than were ever obtained by the resolution passed and vetoed by Trump — while SJRes56 in the Senate has 7 cosponsors. Yet no votes are held, because the Congressional “leadership” chooses not to, and because NOT ONE SINGLE MEMBER of the House or Senate can be found who’s willing to compel them to. So, we go on asking.

It’s never been a secret, that the Saudi-“led” war is so dependent on the U.S. military (not to mention U.S. weapons) that were the U.S. to either stop providing the weapons or compel its military to cease violating all of the laws against war, never mind the U.S. Constitution, or both, the war would end.

The Saudi-U.S. war on Yemen has killed many more people than the war in Ukraine thus far, and the death and suffering continue despite a temporary truce. If Yemen is no longer the very worst place in the world, that’s principally because of how bad Afghanistan — its funds stolen — has become.

Meanwhile the truce in Yemen has failed to open roads or ports; famine (potentially aggravated by the war in Ukraine) still threatens millions; and historic buildings are collapsing from rain and war damage.

CNN reports that, “While many in the international community celebrate [the truce], some families in Yemen are left watching their children slowly die. There are around 30,000 people with life-threatening diseases requiring treatment abroad, according to the Houthi-controlled government in the capital Sanaa. Some 5,000 of them are children.”

Experts discuss the situation in Yemen here and here.

If the war has been paused, yet the peace needs to be made more stable, why in the world would Congress not vote to permanently end U.S. participation immediately? The urgent moral need to do so that Congress members spoke about three years ago was and still is all too real. Why not act before more children die?

Congressman Pocan commented: “As the Saudi-led coalition continues to use famine as a weapon of war, starving millions of innocent Yemenis to near death, the United States is actively participating in the regime’s military campaign, providing targeting and logistical assistance for Saudi airstrikes. For far too long, Congress has refused to carry out its constitutional responsibility to make decisions regarding military engagement—we can longer stay silent on matters of war and peace.”

Frankly, Congressman, they can smell the BS from beyond Yemen. You all can stay silent for years and years. Not a single one of you can pretend the votes aren’t there — they were there when Trump was in the White House. Yet not a single one of you has the decency to even demand a vote. If this is not because the royal rear-end on the throne in the White House had a “D” tattooed on it, give us another explanation.

There is no pro-peace Congress Member. The species is extinct.