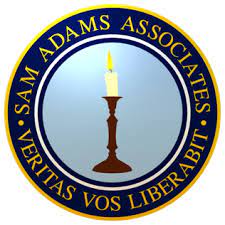 The Sam Adams Associates for Integrity in Intelligence are pleased to announce drone warfare whistleblower Daniel Hale as the recipient of the 2021 Sam Adams Award for Integrity in Intelligence.  Hale — a former Air Force intelligence analyst in the drone program — was a defense contractor in 2013 when conscience compelled him to release classified documents to the press exposing the criminality of the US targeted assassination program [“We kill people based on metadata” — Michael Hayden, former Director of CIA & NSA].

The leaked documents — published in The Intercept on October 15, 2015 — revealed that from January 2012 to February 2013, US special operations airstrikes killed more than 200 people. Of the dead, only 35 were the intended targets. For one five-month period of the operation, according to the documents, nearly 90 percent of the people killed in airstrikes were not the intended targets. The innocent civilians — who were often bystanders — were routinely categorized as “enemies killed in action.”

On March 31, 2021 Hale pled guilty to a single count under the Espionage Act, carrying a maximum sentence of 10 years.  In July 2021, he was sentenced to 45 months in prison for revealing evidence of US war crimes.  In a hand-written letter to Judge Liam O’Grady Hale explained that the drone attacks and the war in Afghanistan had “little to do with preventing terror from coming into the United States and a lot more to do with protecting the profits of weapons manufacturers and so-called defense contractors.”

Hale also cited a 1995 statement by former US Navy Admiral Gene LaRocque: “We now kill people without ever seeing them. Now you push a button thousands of miles away … since it’s all done by remote control, there’s no remorse … and then we come home in triumph.”

During his military service from 2009 to 2013, Daniel Hale participated in the US drone program, working with the NSA and JSOC (Joint Special Operations Task Force) at Bagram Air Base in Afghanistan. After leaving the Air Force, Hale became an outspoken opponent of the US targeted killing program, US foreign policy in general, and a supporter of whistleblowers. He spoke out at conferences, forums, and public panels. He was featured prominently in the award-winning documentary National Bird, a film about whistleblowers in the US drone program who suffer from moral injury and PTSD.

The Sam Adams Associates wish to salute the courage of Daniel Hale in performing a vital public service at great personal cost — imprisonment for truth-telling.  We urge an end to the War on Whistleblowers and remind government leaders that secrecy classification systems were never intended to cover up government crimes. To that end, the public’s right to know about their government’s wrongful actions — including the adverse consequences of policies carried out in their name — must be respected and preserved.

Mr. Hale is the 20th awardee of the Sam Adams Award for Integrity in Intelligence. His distinguished colleagues include Julian Assange and Craig Murray, both of whom are also unjustly incarcerated for truth-telling.  Other fellow Sam Adams Award alumnae include NSA whistleblower Thomas Drake; FBI 9-11 whistleblower Coleen Rowley; and GCHQ whistleblower Katharine Gun, whose story was recounted in the film “Official Secrets.”  The full roster of Sam Adams awardees is available at samadamsaward.ch.

Details about the upcoming Sam Adams Award ceremony will be announced soon.