This is the title of a new video by James Corbett. 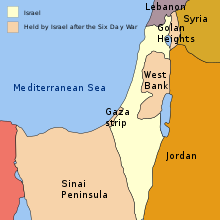 They always begin with the reasonable-sounding proposition that war is sometimes justified, and lead us from there down the slippery slope to carpet bombings and atrocities against the people we are “liberating”–at a monetary cost that is ten times higher than what it would have taken to resolve all the conflicts at the root of the war, to everyone’s satisfaction. Rather than set up a defense line on the slippery slope, maybe it’s better to nip their argument in the bud: There never was a good war.

Some say that wars are caused by a few leaders who are sadistic megalomaniacs, and others say no, we have wars because war generates outsized profits for banks, defense contractors and oil companies. I don’t feel a need to take sides in that argument. But I’ve become convinced that wars are never fought for the reasons that our elected leaders put forward to marshall popular support and patriotic fervor.

Corbett’s 24-minute video puts the case as succinctly as you might want, summarizing “just the facts” about the origins of nine wars in the last century:

I had been familiar with most of these facts from reading David Swanson’s War is a Lie and watching Oliver Stone’s Untold History series and, long before that, General Smedley Butler’s insider expose’, War is a Racket. For any of us who might be engaged in dinner table conversation with friends who take a more nuanced stance, here is the ammunition we need to knock out war with a “defensive first strike.”

I’ll tell just one story, the one that came as a revelation to me. I am old enough to remember the Arab-Israeli War in June, 1967, when I was a rising Sophomore at Harvard. The Israeli army marched into Sinai, the West Bank, and the Golan Heights, quadrupling the country’s land area over the course of just six days.

I read the New York Times, I was raised Jewish and I had many Jewish classmates. It was easy for me to believe, at the time, that the Egyptians had been brash and arrogant, and they had got their comeuppance from the smart, efficient Israeli military. It was only many years later that I had my first suspicions that the Six-Day war was unprovoked, and had been planned by the Israeli government explicitly to expand their territory. What was new to me in the Corbett video was the story of the U.S.S. Liberty, an unarmed reconnaissance vessel of the Navy that was stationed in the Eastern Mediterranean. On Day 4 out of 6, Israeli war planes dropped bombs and fired missiles at the Liberty over the course of 90 minutes. 34 Americans died. Israel later claimed it was a battlefield error–the pilots thought it was an Egyption ship. They apologized and paid reparations.

“Fifteen years after the attack, an Israeli pilot approached Liberty survivors and then held extensive interviews with former Congressman Paul N. (Pete) McCloskey about his role. According to this senior Israeli lead pilot, he recognized the Liberty as American immediately, so informed his headquarters, and was told to ignore the American flag and continue his attack. He refused to do so and returned to base, where he was arrested.” [source]

The story I got from Corbett’s movie was that the attack had been planned by the Israelis, possibly with the consent of the US State Department, with the idea that it would be reported as an attack by Egypt, and a justification for the United States joining the war on Israel’s side. It was only when the identity of the Israeli attackers was discovered that they retreated behind the story of an “error”. President Johnson graciously accepted Israel’s apology, and the “battlefield error” version was the one recorded by Western news of the time.

This occurred three years after Johnson’s complicity in staging the Gulf of Tonkin incident, but it was to be another forty years before I become conversant with the concept of a “false flag attack”.