Charlottesville Finally Gets A Peace Monument 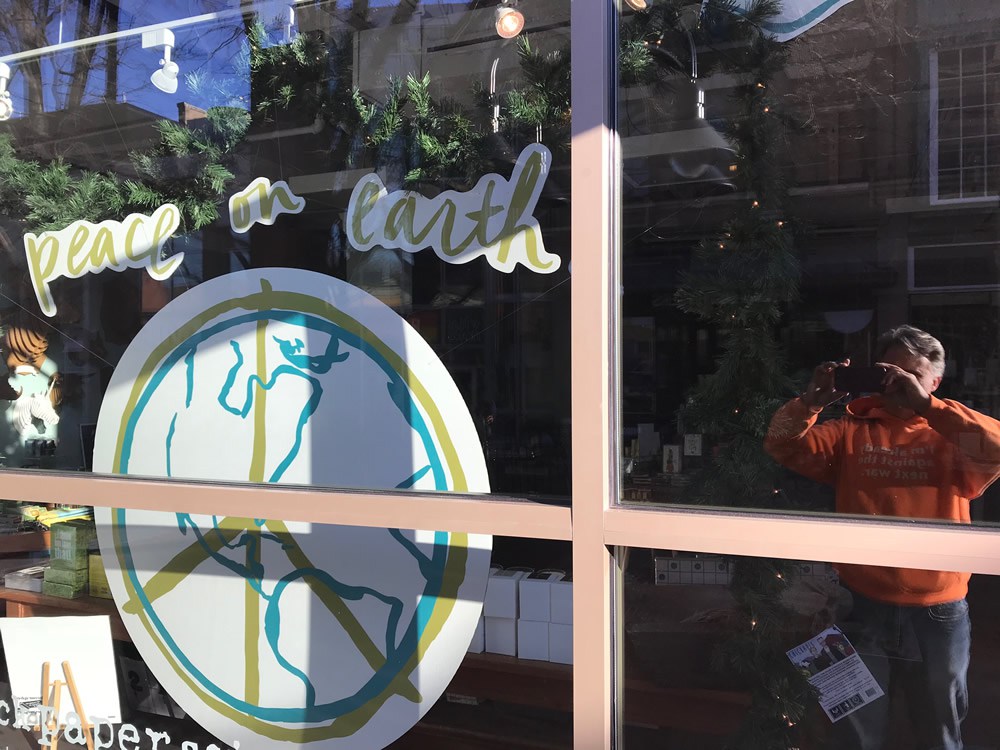 Well, we tried a petition, and I tried a TED talk (in fact two of em), and the Daily Progress daily newspaper, and Channel 19 four times: one, two, three, four, and Channel 29 too. No opposition whatsoever has been voiced to the idea of putting up a peace monument in Charlottesville, a town famously full of war monuments, including several for a war that has fallen out of favor.

Finally, the Charlottesville City Council has listened. A peace monument is not only in the works but is already visible right on the Downtown Mall pedestrian street in good ol’ Cville. 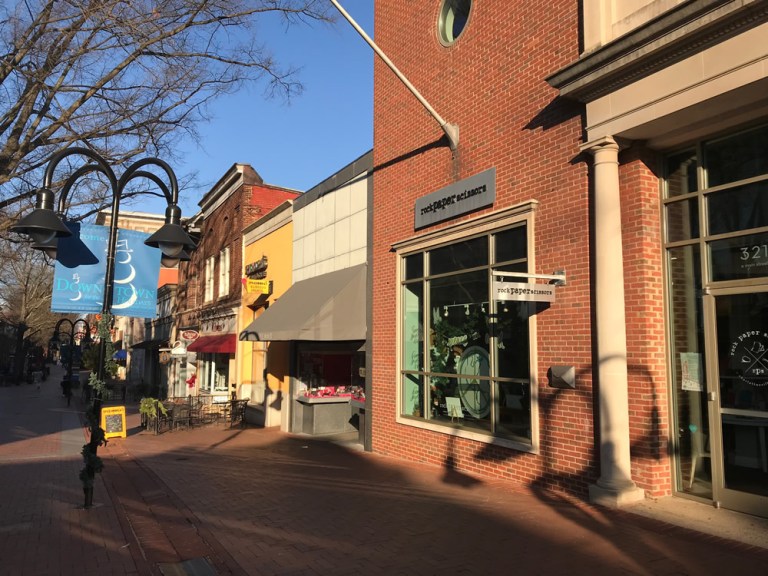 Thus far we do still lack any public governmental body that has indicated any inclination whatsoever to give a flying fig.

But the popularity of peace *is* being used temporarily to sell stuff at this store. If you have to buy stuff, I encourage you to buy it there.

Sadly, “Peace on Earth” in December is camouflaged language, invisible to the human brain, like people singing “Imagine” by John Lennon in church. If “Peace on Earth” stays up in January, and people start to read it as a collection of three words with meaning to them, that will be more significant. I’m still willing to bet that it could stay up all year round and never be protested. Yet I’m sure it won’t last. We didn’t vote for this marketing gimmick or elect anyone who did. We have no ability to keep it there.

But this peace monument does raise possibilities for motivating the creation of a public one. It was store windows in Charlottesville putting up $8 stickers back in the day that created living wage policies. Store windows have displayed hearts in opposition to fascist rallies, and rainbows in opposition to homophobia. What if stores were to display peace signs with the message “We want a peace monument in Cville”?