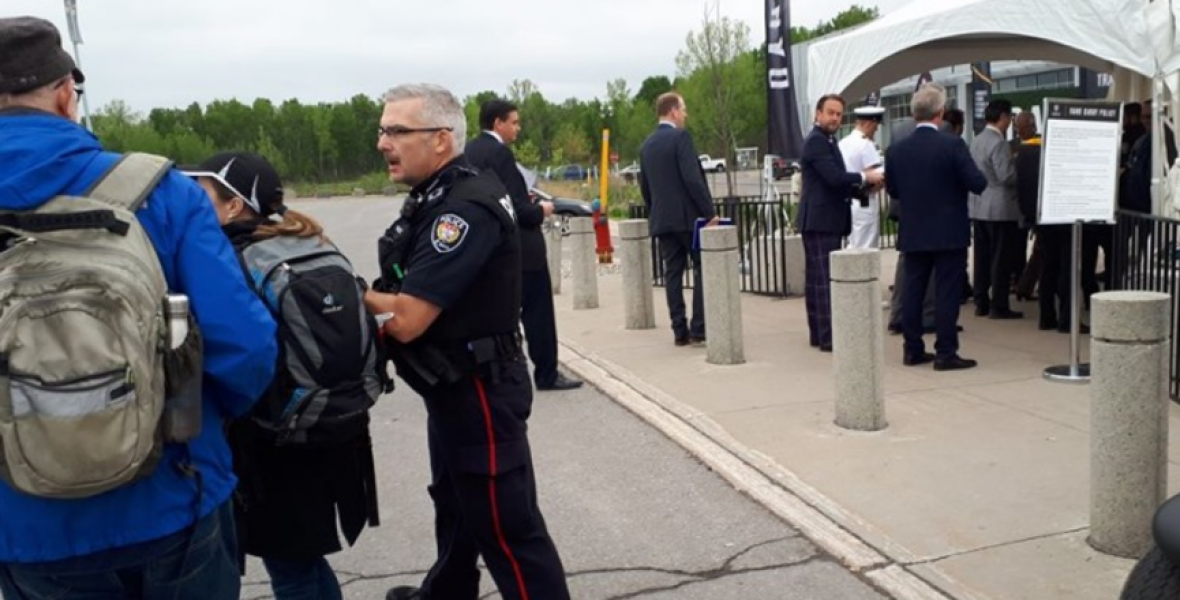 Amid public health concerns about the coronavirus pandemic, warnings against non-essential travel, new rules around public gatherings of more than 250 people, and the cancellation of awards shows and sports seasons, one thing must apparently carry on.

The organizers of CANSEC have just announced that they intend to proceed with their annual arms show in Ottawa this coming May.

The CANSEC website boasts that it will bring together 12,000 people from 55 countries at the EY Centre in Ottawa.

It has also highlighted that the arms show will bring together “18 MPs, Senators and Cabinet Ministers” and “600+ VIPS, generals, top military & government officials.”

What could go wrong?

Apart from the harm that comes with the fighter jets, tanks, missiles, guns, bullets and bombs that are adverstised, bought and sold at CANSEC, there is now an additional public health risk.

Furthermore, the Ottawa Citizen has reported, “Department [of National Defence] spokeswoman Jessica Lamirande said the Canadian Forces and DND is still participating in CANSEC [May 27-28] and the outlook conference [April 7-9] being held by CADSI.”

It would appear that in their view, the buying and selling of weapons trumps public health.

It’s unknown at this point if Mayor Jim Watson will rescind his invitation to CANSEC participants “to explore the Ottawa Sports Hall of Fame and the Barbara Ann Scott Gallery at City Hall, as well as the revitalized Lansdowne park, its restored heritage pavilions, and new TD Place, home of the Ottawa REDBLACKS CFL team.”

There were already concerns about exhibitors at CANSEC like General Dynamics Land Systems (the builders of the weaponized light armoured vehicles that are sold to Saudi Arabia) and Boeing, Lockheed Martin and Saab (which are trying to land a $19+ billion contract with the federal government for energy intensive, heavily polluting fighter jets).

And it has also been highlighted that billions of dollars in Canadian-made arms have been sold to dictatorships over the years, that the US military (the largest buyer of Canadian-made armaments and technology) is one of the largest polluters in history and that the billions the government intends to spend on the military is a misallocation of public funds better spent on a Green New Deal and a transition to a clean energy economy.

But now we have this.

The United Nations says that the pandemic’s global death toll has reached almost 5,000 people, while the global number of cases has surpassed 132,000.

The New York Times reports, “Between 160 million and 214 million people in the U.S. could be infected over the course of the epidemic, according to one projection. That could last months or even over a year, with infections concentrated in shorter periods, staggered across time in different communities, experts said. As many as 200,000 to 1.7 million people could die.”

Arms dealers may be in the business of selling weapons that kill people, and those weapons are fuelling a climate crisis that also kills, but now we can add to that the intention to continue with a trade show that brings together thousands of people in an indoor space during a pandemic.

Now, more than ever, it’s time to #CancelCANSEC.

Brent Patterson is a writer and activist. You can find him on Twitter @CBrentPatterson.