Build Bridges, Not Walls, A Journey to a World Without Borders 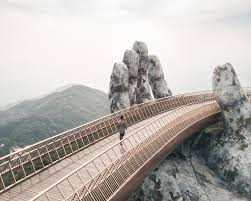 “Building Bridges, Not Walls,”border journalist, Todd Miller’s latest and tersest book yet, hits the ground running. And never stops. In the opening pages Miller describes an encounter with Juan Carlos on a desert road twenty miles north of the US-Mexico border. Juan waves him down. Exhausted and parched Juan asks Miller for water and a ride to the nearest town. “It would have been felonious disregard for the ‘rule of law’ to assist Juan Carlos by giving him a ride. But if I didn’t, according to scripture, spiritual practice, and conscience, it would have been a violation of a higher law.”

This seminal moment becomes a mantra for the remaining 159 pages of the book. In between cold hard facts, insights from myriad disciplines, and personal stories, Juan Carlos reappears. Often.

Miller summarizes his book in two sentences: “Here you will find a call for abolitionist resistance through kindness-a fugitive kindness that has edge, that shatters unjust laws and is based in solidarity. And here you will find something beautiful, something human, from broken pieces.”

One by one Miller addresses the popular arguments that undergird bipartisan US. border security policy. A common one is “they’re all drug mules.” Miller’s rebuttal is a federal government report that concludes as much as 90 percent of the illicit drugs entering the US. come through ports of entry. Not the desert nor across the Rio Grande River. Narco-capitalism, despite the so-called war on drugs, is the mainstream way of doing business. “Major banks that have already been caught and charged for such money laundering-but never never referred to as drug traffikers-include Wells Fargo, HSBC, and Citibank, to name a few.”

“They’re taking our jobs.” Another familiar charge. Miller reminds the reader of a 2018 report from the US. Bureau of Labor Statistics which notes that since the implementation of NAFTA in 1994, US. manufacturing jobs have declined by 4.5 million, with 1.1 million of the loss attributed to the trade agreement. It is the multinationals who have crossed borders and taken jobs south with them while immigrants are scapegoated.

And crime? “Study after study after study has exposed the immigration/crime correlation as a myth, most likely a racist one, that subverts the more penetrating examinations of crime and why it exists. In other words, most anti-immigrant, pro wall advocacy is driven by the legacies of white supremacy.”

Miller also addresses the bipartisan nature of border security policy. He notes that 650 miles of US-Mexico border wall existed prior to the Trump administration. Hillary Clinton, Barack Obama, and Joe Biden all voted for the Secure Fence Act of 2006. The border-industrial complex plays both sides of the aisle like a fiddle. Some of the key players are no strangers to anti war activists: Northrop Grumman, Boeing, Lockheed Martin, Caterpillar, Raytheon and Elbit Systems, to name a few.

“For forty years, border and immigration enforcement budgets have gone up, year after year, with little or no public consultation or debate…in 1980, the annual border and immigration budget was $349 million.” In 2020 this budget exceeded $25 billion. A whopping 6,000 percent increase. “The border immigration system is bipartisan, and abolition has to depart from partisan thinking.”

Where “Building Bridges, Not Walls” parts company with most border books lies in the full title.” A Journey To A World Without Walls.” Miller echoes a query from Nigerian philosopher and writer Bayo Akomolafe: “What kind of raw and beautiful world lies beyond the fences and walls that confine not just our bodies, but also our imagination, our speech, our very humanity?” Miller invites us to free ourselves up from “US. discourse and its claustrophobic parameters of what is considered debatable and what is not”

The reader is invited to think outside the wall mentality, beyond our “wall sickness.” Bridges already exist. “Bridges may also be emotional, psychological, and spiritual structures…anything that connects one to another.” We need only to recognize them. He reminds us of Angela Davis’ insight: “Walls turned sideways are bridges.”

Miller offers facts, and follows with queries:  “What if we were to allow ourselves to imagine a world without borders? What if we were to see borders as shackles, not as shields, but as shackles keeping the planet in an unsustainable status quo of racial divide, and climate catastrophe? How do we shift the conditions under which borders and walls become acceptable solutions to problems? How can this be a practical political project? How can kindness topple walls?” This is a radical tough love book. No cheap hope, rather cutting edge challenge. The ball is in the peoples’ court. Ours.