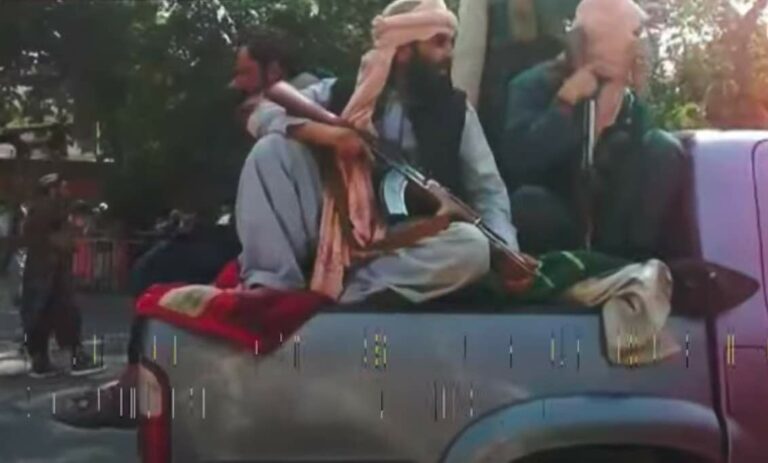 There are two things I suppose everyone would agree are true about the remarkable events of the past several weeks in Afghanistan.

One is that we are witnessing the latest  major loss in a string of wars and “incursions” that the US has lost since the end of World War II. The other is that the entire  two-decade-long, $2.3-trillion US invasion, war and occupation of  one of the poorest countries in the world, was an abject failure from the beginning.

Officially, the US invaded Afghanistan because its ruling Taliban government had allegedly permitted Al Qaeda, a shadowy jihadist fighting organization founded by the Saudi Osama Bin Laden (with CIA assistance), to establish several training camps there where he purportedly plotted the 9-11 attacks on the World Trade Center, the Pentagon and perhaps the Capitol building or White House.

The attack, by some 20,000 US Special Forces troops backed by US air power, smashed the camps, but most of the Al Qaeda forces, including Bin Laden, escaped to the mountains of Tora Bora. The US had rejected a Taliban offer to surrender Bin Laden to a “third country”, a deal which could have eliminated the need for the ensuing war, but the Bush/Cheney administration would not accept the terms:  a halt to the bombing of the country, and  presentation of evidence that Bin Laden had been behind the attacks on the US.

In any event, once Bin Laden and his band were surrounded, trapped in caves on a mountain in eastern Afghanistan, the US pulled troops out and started sending many of them to Kuwait and other Persian Gulf countries in preparation for a second larger war against Iraq, which was portrayed fraudulently as having been involved in 9-11 and as having plans to develop “weapons of mass destruction.”   Bin Laden and his men were forgotten.

The US forces in Afghanistan were ordered to abandon the original mission of killing or capturing Bin Laden and destroying Al Qaeda, and instead proceeded to drive the Taliban out of the capital of Kabul and other Afghan cities into the countryside and neighboring Pakistan. At which point the the Taliban became “insurgents,” battling the US occupier of the country and the puppet government it had installed.

For the next 19 years, the US, with the most powerful military the world has ever known, has battled futilly against a ragtag force of  tens of thousands of rag-tag Kalashnikov-toting Taliban fighters, gradually losing control of most of the rural parts of the vast country, and unable to protect the cities from bombings, murders of officials, and the occasional overrunning of various provincial cities.

For 20 years, top military brass and advisors with ties to the US arms industry, lied that the US was “winning” the war in Afghanistan, all the while knowing the whole thing was a fool’s errand that could only end with the Taliban returning to power. For the military, the war was a way to earn battle credits, get promotions, and for higher officers, to end up on arms industry boards of directors. For the Arms industry, the war was a bottomless pot of money. For American troops it was a pointless hell-hole, and for the Afghan people an endless slaughter.

To his credit, President Biden did one thing right. He called an end to the bloody 20-year stalemate.  He for sure could have handled it better. Had he simply admitted upon taking office that the US had made a terrible mistake and immediately sued for peace with the Taliban, whom everyone involved knew would eventually be back in power in Kabul one way or another once the US left, more than half a year of bloody fighting and bombing could have been avoided entirely. Instead, Biden continued the war, making it his own, but announcing a pullout that would ve complete on the fake symbolic date of September 11. (Fake because no Taliban  or Afghan was involved in the 9-11 attacks!) Given that nonsensical timetable and the continued US air strikes on the Taliban in the meantime, the Taliban opted to push the US out, understandably not believing that Biden was any more sincere about ending the war and leaving their country than were presidents Bush, Obama or Trump before him.

All kinds of justifications have been given over the years for the US staying in Afghanistan for two decades of war:   women would be oppressed under the Taliban; the Taliban would replace Afghanistan’s puppet “democratic” government with a theocratic autocracy; if the US left, Iran, or Russia or China would gain influence there; if the US left, Afghanistan would again be a haven for terrorists threatening the US; and of course that old standby when all else failed — that the US had to stand firm lest the world think the US was weak.

None of these excuses made any sense. Women were always oppressed in Afghanistan,  were oppressed even when the US was there in force, and would inevitably be oppressed as they are in most islamic countries that the US considers allies. Afghanistan is bordered by Iran, China and Pakistan and by countries where Russia wields considerable influence. Of course those countries, as well as india, would compete for control in Afghanistan. As for becoming a haven for terrorists, there are plenty of those, many created by the chaos sown by US meddling forces as in Syria, Sudan, Somalia, Niger, Libya, Yemen and Colombia, for example.  And cutting and running in Afghanistan, which the US is doing now, as it did in Vietnam in 1975, would have been nothing new. What would have been new would have been admitting the war was a mistake and leaving through negotiations instead of being humiliatingly driven out as now, yet again.

Will there be any effort to assign blame for those who caused this catastrophe? Any atonement or reparations to the people of Afghanistan for how we’ve tortured them and their country for decades (going back to when President Jimmy Carter began arming and training jihadi fighters to overthrow the country’s Russian-backed communist government (which was at least giving women equal rights and educating them)?

No of course not. The US doesn’t do soul searching, or historical re-examination,never admits it was wrong and certainly pays reparations for its crimes.

Thankfully, the US puppet regime in Kabul collapsed like a house of cards, and so the Taliban won’t have to fight to enter that last unliberated city of five million. Now maybe Afghanis can have peace again. They may be stuck with a medieval  theocratic government again, but they’ve been there before. Life will go on, and they’ll have to work it out themselves.  It’s not our business, and our way of “fixing” things for other countries is generally a bloody mess and doesn’t work anyhow.

That is the lesson the world is gradually learning.