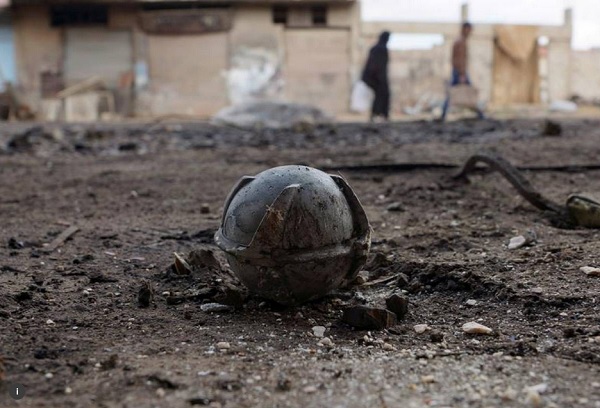 “Cluster bombs are banned for a clear reason, because they disproportionately harm civilians.”

LONDON, May 23 (Thomson Reuters Foundation) – Financial firms invested $31 billion in the last four years in companies that produce cluster bombs, weapons banned under international law and used in conflicts from Syria to Yemen, an advocacy group said on Tuesday.

Cluster bombs, dropped by air or fired by artillery, scatter hundreds of bomblets across a wide area which sometimes fail to explode and are difficult to locate and remove, killing and maiming civilians long after conflicts end.

“Cluster bombs are banned for a clear reason, because they disproportionately harm civilians…, ” Firoz Alizada, a spokesperson for the Cluster Munition Coalition, an international network of charities working in around 100 countries to eradicate the weapons, said in a statement.

“That is why no banks or financial institutions should put a penny in companies that produce these illegal and harmful weapons, and no company or country should produce cluster munitions,” said Alizada.

An international convention that prohibits the use and production of cluster bombs came into force in 2010 and more than 100 nations have signed it.

The majority of firms named by PAX are from countries which are not party to the convention, including the United States, China and South Korea.

However, 15 financial institutions that have invested in producers of cluster munitions are from countries that have joined the convention: Canada, France, Germany, Japan, Spain, Switzerland and the United Kingdom, the report said.

Even though the number of firms investing in cluster bomb producers rose to 166 from more than 150 in its 2016 report, PAX noted a growing consensus among investors that such investments are no longer acceptable and present a reputational risk.

Cluster munitions were used in Syria, including during the Aleppo offensive, and air-dropped into densely populated areas, amounting to war crimes, U.N. investigators said in March. .

In Yemen, the Saudi-led Arab coalition acknowledged in December that it had made “limited use” of British-made cluster bombs, but said it had stopped using them.