At Glasgow, Military Emissions Are Exempt 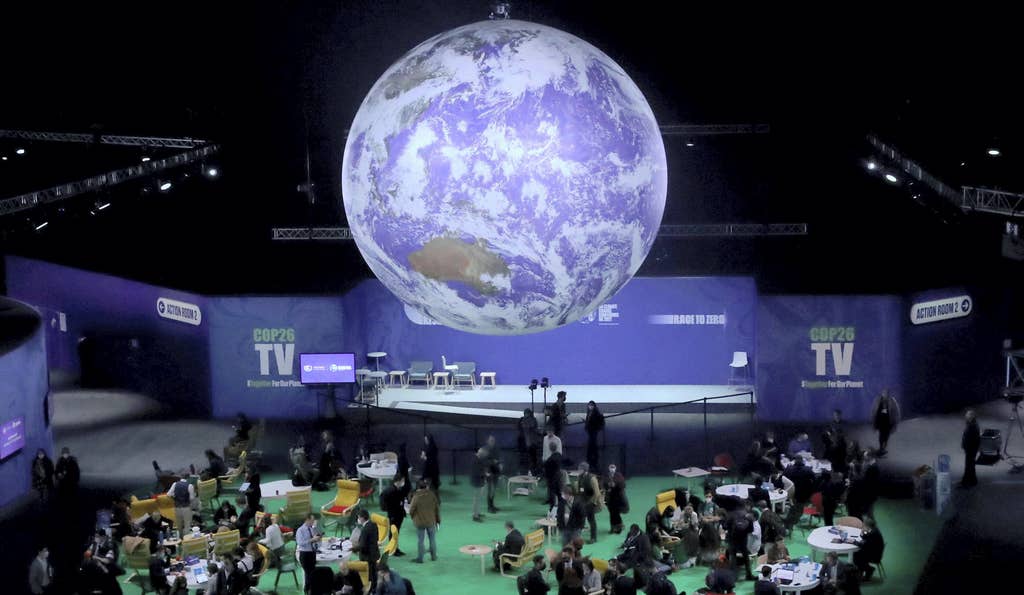 Once again, they’re standing beside each other in a long row. With ties around their necks, excited but serious expressions on their faces and brows photogenically wrinkled with concern, they’re ready to save the world from the fiery furnace.

In Glasgow this week, they’re just like they were in Kyoto 24 years ago and Paris six years ago. And this time, too, nothing good will emerge from all the fuss.

Far be it from me to argue with the scientists and forecasters. They are apparently the only ones saying what they truly think. The rest of the delegates, I’m afraid, are selling empty barrels and demagogy.

And here is the most impressive bluff: Just like in Kyoto and Paris, in Glasgow too, emissions of hothouse gases by all the world’s militaries are outside the game. Even though armies are some of the worst polluters on the face of the earth, no one is discussing them, no one is counting then, no one is proposing that their swelling ranks be cut. And not one single government is reporting honestly about the amount of garbage its army spews into the air.

This is no accident; it’s intentional. The United States explicitly requested an exemption from such reporting as far back as Kyoto. Other governments joined it. Including Israel.

To make the point clear, here’s an interesting statistic: There are 195 countries in the world, and 148 of them emit a lot less hothouse gas than the U.S. Army alone. And the pollution emitted by the enormous militaries of China, Russia, India, Korea and a few others are kept completely shrouded in mystery.

And here’s another instructive statistic. Two years ago, protests erupted in Norway over the purchase of a squadron of F-35 fighter jets. The Norwegians discovered that this plane burns 5,600 liters of (fossil) fuel during every hour in the air. The average car can drive 61,600 kilometers on that amount of fuel – around three years of driving a fair amount.

In other words, a car would take three years to emit the amount of pollution a fighter plane emits in a single hour. And to think that just recently, dozens of fighter jets soared above us in a global gala of pilots and planes.

Prime Minister Naftali Bennett has also joined the fashion for empty declarations. He promised that by 2050, Israel would be 100 percent free of warming emissions. Why not say so? After all, nothing could be easier.

All we need to do is fly our F-35s with coiled rubber bands, run our tanks on AAA batteries, transport troops on skateboards and conduct chases on bicycles – and not electric bikes, heaven forbid. There’s also the minor detail that 90 percent of Israel’s electricity production is based on coal, oil and natural gas, and will be until further notice.

But who’s going to demand an accounting from Bennett for this nonsense? After all, he’s no better and no worse than the rest of the delegates in Glasgow. And as long as they all continue ignoring their armies, which are responsible for tens of percent of all warming emissions, they should be treated with healthy skepticism and mockery.

The sorry truth is that any chance of success in the war on carbon dioxide will come only after all world leaders sit down together and agree that from now on, their armies will go back to killing only with swords, clubs and spears.

All of a sudden, it seems really stupid to raise the temperature in our refrigerators, buy small fuel-efficient cars, stop burning wood for heat, stop drying clothes in the dryer, stop farting and stop eating meat, even as we continue rejoicing in flyovers on Independence Day and applauding squadrons of F-35s zooming over Auschwitz.

And all of a sudden, it seems as if world leaders love their armies a great deal more than they love the human race.