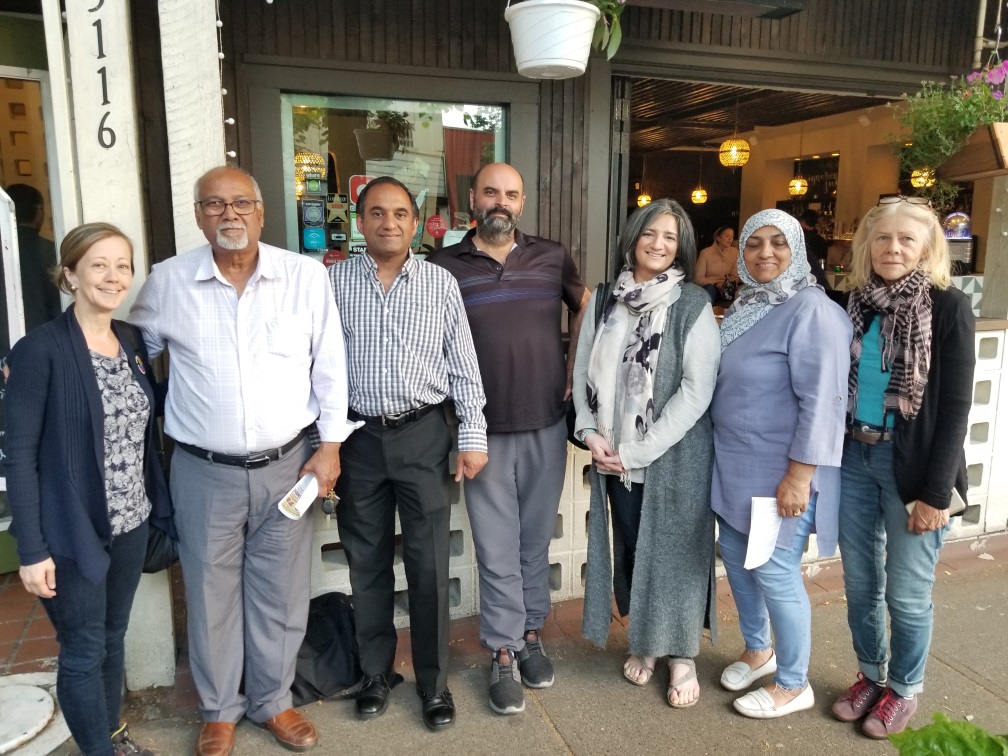 By Furquan Gehlen, Vancouver for a World BEYOND War, April 5, 2021

On January 22, 2021, nuclear weapons became illegal under international law for countries that have ratified the TPNW, a treaty whose text has been endorsed by 122 nations. Canada has unfortunately not signed or ratified this treaty yet. The objective of getting cities to pass resolutions supporting the ICAN cities appeal is to encourage the federal government of Canada to support the TPNW.

In Metro Vancouver both Vancouver and West Vancouver support the ICAN cities appeal. Across BC, the following cities support this initiative: North Saanich, Saanich, Sooke, Squamish, and Victoria. Check the ICAN Cities appeal list of cities for additional cities.

World BEYOND War Vancouver chapter initiated the challenge to get all the cities of the Metro Vancouver area to pass this resolution in support of the ICAN cities appeal.

In White Rock City, Dr Huguette Hayden led the effort to pass this resolution representing our partners International Physicians for the Prevention of Nuclear War (IPPNW) and Women’s International League for Peace and Freedom (WILPF).  Assisting the effort was Niovi Patsicakis, president of Global Peace Alliance B.C., and Stephen Crozier providing additional support. We are grateful to all of them for the work they did in getting this passed.

You can watch a video of the council proceedings here. The time of the presentation was from 2:30 – 10:00 minutes. The letter that Dr Huguette Hayden submitted to council can be seen here. An article in a local newspaper about the resolution in White Rock City is here.

The effort to get this resolution passed in Surrey is being led by Niovi Patsicakis, president of Global Peace Alliance B.C.. Contact Niovi if you wish to assist in Surrey by emailing info@peacealways.org. The effort to get this passed in Delta is being led by Furquan Gehlen, the chapter coordinator of World BEYOND War Vancouver chapter. Contact Furquan if you wish to assist in Delta at furquan@worldbeyondwar.org.

In the upcoming months we are looking for partner organizations to take the lead in the following regions of Metro Vancouver:

If you wish to take the lead or assist in one of these regions, please contact Furquan Gehlen at furquan@worldbeyondwar.org or at 604-603-8741. The plan is to get the ICAN city resolution passed in as many cities as possible.