An Open Letter to Irish Officials and Media on PFAS Contamination 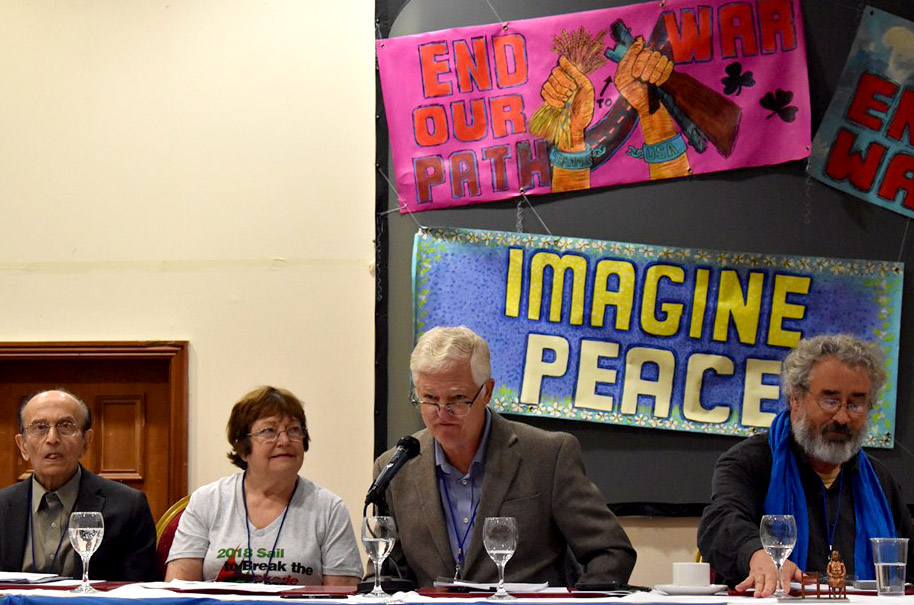 I am an American environmental researcher and I’ve had the honor and pleasure to visit your beautiful country over the last week. I participated in a conference in Limerick organized by World BEYOND War and the Irish Peace and Neutrality Alliance. Rather than addressing the politics of that event, I want to draw your attention to a serious environmental issue.

I work with Civilian Exposure, an organization based in the severely contaminated community of Camp Lejeune, North Carolina. I study the effects of Per- and Polyfluoroalkyl Substances (PFAS), which are highly carcinogenic chemicals found in fire-fighting foams and other applications.With all due respect for Ireland, I want to leave you with a warning that Irish policies regarding the continued presence and use of these chemicals lag behind much of the world, and this lack of regulation may be jeopardizing the health of the Irish people. 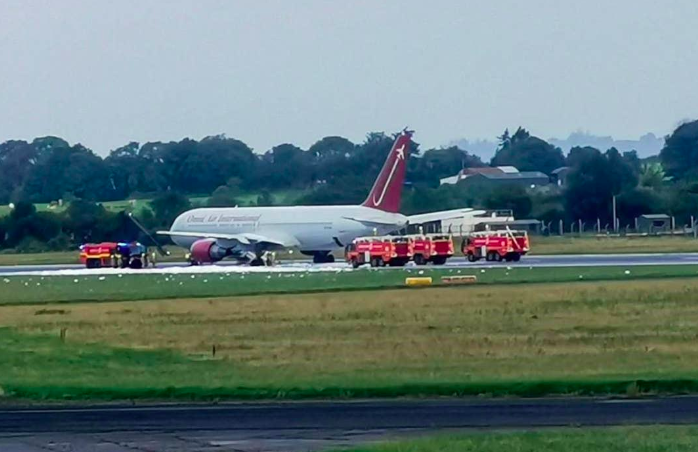 Carcinogenic foam is sprayed on a US military transport plane after it caught fire at Shannon Airport on August 15, 2019.

The Shannon Airport Authority Fire Service uses Petroseal C6 6%, a known carcinogenic. The materials leach into the groundwater and surface water to eventually find pathways to human ingestion. They’re known to contribute to liver, kidney, and testicular cancers. They have a devastating effect on the developing fetus when women drink water tainted with the tiniest amounts of the chemicals.

These poisonous foams were formulated specifically to fight super-hot petroleum-based fires and they are not necessary for use in the fires of buildings. PFAS-laced foams are typically not used throughout the EU for non-petroleum fires, so it was shocking to see them available for public use in the hotels I visited in Limerick and Shannon. 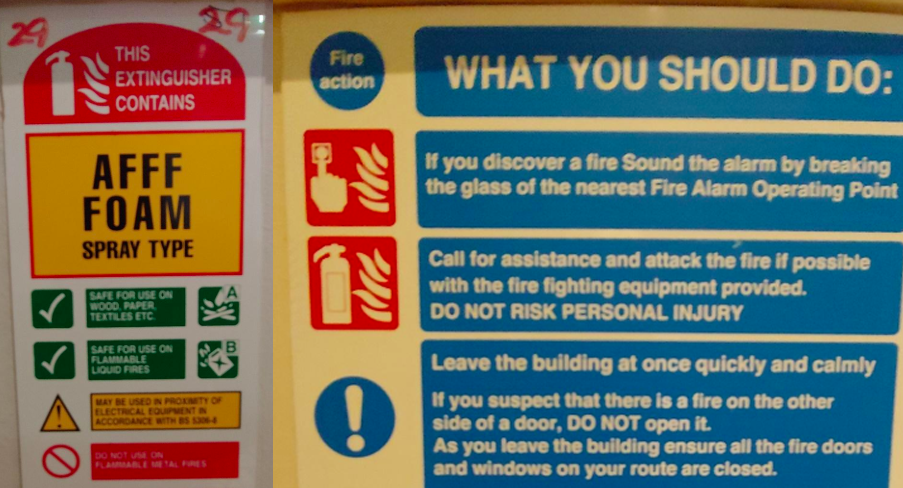 The hallways of Irish hotels show this sign above the tanks containing deadly foams. They’re adjacent to another sign that instructs the public on its use.

Ireland’s recent update of the Stockholm Convention on Persistent Organic Pollutants says the use of the foams “poses potentially the greatest risk of environmental contamination and human exposure e.g. through contaminated surface and groundwater.” The government says the chemicals have not been found in significant levels in food and the Irish environment “based on available monitoring information,” although they admit there is limited monitoring information available on the contaminants in the Irish environment and they have “no information regarding the monitoring of PFOS (the most lethal type of PFAS) in soil and land in Ireland.”

The chemicals have been detected in liver and fish samples, and they’ve been found in municipal sludge at Irish landfills, a particularly dangerous pathway to human ingestion because these materials are often spread on farm fields or they’re incinerated.

These cancer-causing agents are called “forever chemicals” because they never break down.

I write because I am concerned about your health.

With enormous love for the Irish people,
Pat Elder