A Loose Cannon For Peace? 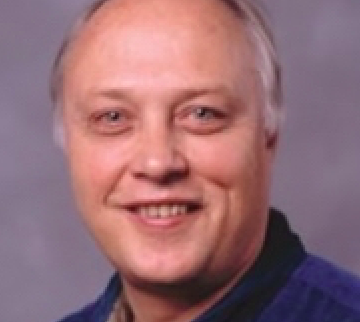 Apparently what’s under assault is war itself, or so the Establishment believes, in the wake of the shocking announcement by the president that he plans to withdraw all 2,000 U.S. troops now deployed in Syria and 7,000, or half, the U.S. troops in Afghanistan.

No, can’t do that! Can’t do that! This screws everything up. “. . . we must be resolute and unambiguous in our approach to those countries whose strategic interests are increasingly in tension with ours,” writes Defense Secretary Jim “Mad Dog” Mattis in his resignation letter to Donald Trump over the issue.

“American troops entered Syria in 2015 as part of a coalition fighting the Islamic State, which had seized large swaths of territory in Syria and Iraq. In the three years since, the extremist group’s self-declared caliphate has crumbled. But the continuing lack of stability in both Syria and Iraq could provide fertile ground for the jihadists to retrench.”

Sounds sensible enough until you factor in the fact that the pursuit of short-term national interests and, indeed, war itself — particularly the wars fomented by, underwritten and armed by the United States over the last two decades — are the primary cause of global instability and the upsurge of terrorism. There’s never an acknowledgment, by the war establishment, of the consequences of militarism, just an abstract discussion of strategy and “interests.”

Since Mad Dog is the face of reasonable opposition to these U.S. troop withdrawals, let me pause for a moment simply to note that, as commanding officer of the two U.S. invasions of Fallujah in the early stages of the Iraq war, in April and November 2004, he’s a full-on war criminal.

Dahr Jamail, writing at Truthout, tells us: “While reporting from inside Fallujah during (the April) siege, I personally witnessed women, children, elderly people and ambulances being targeted by U.S. snipers under Mattis’ command. Needless to say, all of these are war crimes.

“During the November siege of Fallujah later that same year, which I also covered first-hand, more than 5,000 Iraqi civilians were killed. Most were buried in mass graves in the aftermath of the siege.

“Mosques were deliberately targeted by the U.S. military, hospitals bombed, medical workers detained, ambulances shot at, cease-fires violated, media repressed, and the use of depleted uranium was widespread. All of these are, again, war crimes.”

The horror inflicted on Fallujah is, of course, merely the tippy-tip of the military iceberg, but my God, I must ask the New York Times and all the rest of the media that fell in line behind GWB and supported the horrific and pointless invasion of Iraq: Why are the consequences — and failures — of our past wars never part of the present discussion? Why is a larger vision, a peace vision, never given serious consideration when it comes to U.S. foreign policy?

“It is common,” Richard Falk pointed out in an interview with Daniel Falcone, “for media pundits to question policy choices so long as they do not touch the fundamental guidelines of structure and geopolitical priorities that have shaped the American global role ever since 1945. These fundamentals include . . . the globe-girdling military presence as typified by more than 800 overseas military bases, a sizable naval operation patrolling in every ocean, and a capability to wage hyper war from any point in space.”

Beyond the establishment’s offense taken, the question remains: What is the value of Trump’s decision to start shrinking U.S. involvement in several war-ravaged sectors of the Middle East?

Understandably, peace activists remain wary. He’s an America Firster who wants to wall off “USA! USA!” from the global rabble at our southern border. He’s a racist and NRA shill who feeds refugee children to his base. He’s a corrupt narcissist with fascist inclinations and an ego the size of Mussolini. He’s a loose cannon. Has he suddenly become a loose cannon for peace?

A statement released by the organization World Beyond War, which has been calling for the U.S. withdrawal from Syria since 2015, acknowledges that Trump’s plan is a beginning, but only that. In a statement released shortly after Trump’s announcement, it notes:

“Removing troops from the ground — all of them, not just some — and ceasing base construction, if it happens, will be a start.

“Even more important is ceasing to bomb from above.

“In addition, alternative approaches need to be launched, including unarmed peaceworkers, a weapons ban for the region, a disarmament program, major actual humanitarian aid (and an end to sanctions that harm ordinary people), and diplomacy.”

The statement acknowledges that leaving a war is enormously complex and things can get worse before they get better, especially without intelligent preparation and a willingness to invest in social healing. However: “Things have been getting worse for years all over Syria, without that ever being understood as a reason to halt the militarism.”

What has to happen next is that building peace becomes the norm. As Falk pointed out in his interview: “Humanity remains trapped in a cage sometimes called ‘the war system,’ which has the semblance of a permanent lockup.”

Without intending to, Trump may have opened the cage door. Now the hard part must begin.

Robert Koehler, syndicated by PeaceVoice, is a Chicago award-winning journalist and editor.