$21 Trillion over 20 Years: Breaking New Report Analyzes the Full Cost of Militarization Since 9/11 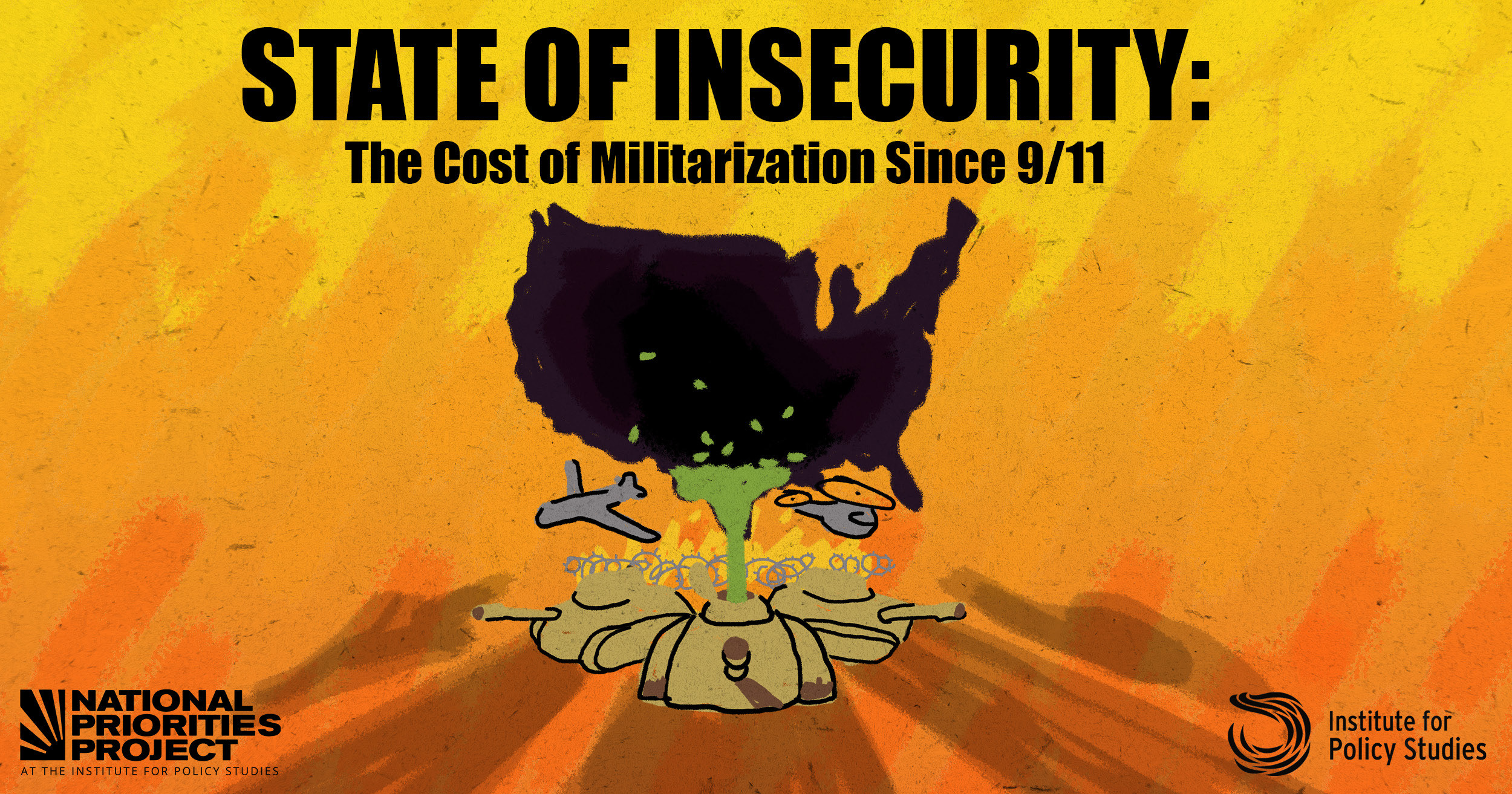 Washington, D.C. — The National Priorities Project at the Institute for Policy Studies released a staggering new report, “State of Insecurity: The Cost of Militarization Since 9/11” on September 1.

The report found that over the last 20 years, militarized foreign and domestic policies in the United States have cost $21 trillion.

Twenty years later, the War on Terror has fed a sprawling security apparatus that was designed for counterterrorism but has also taken on immigration, crime, and drugs. One result is a turbo-charged militarism and xenophobia in both international and domestic policy that has driven some of the deepest divisions in U.S. politics, including the growing threats of white supremacy and authoritarianism. Another result is a long-standing neglect of threats like those from pandemics, the climate crisis, and economic inequality.

“Our $21 trillion investment in militarism has cost far more than dollars. It has cost the lives of civilians and troops lost in war, and the lives ended or torn apart by our brutal and punitive immigration, policing and mass incarceration systems,” said Lindsay Koshgarian, Program Director of the National Priorities Project at the Institute for Policy Studies. “Meanwhile, we’ve neglected so much of what we really need. Militarism hasn’t protected us from a pandemic that at its worst took the toll of a 9/11 every day, from poverty and instability driven by staggering inequality, or from hurricanes and wildfires made worse by climate change.”

“The end of the war in Afghanistan represents a chance to reinvest in our real needs,” Koshgarian continued. “Twenty years from now, we could live in a world made safer by investments in infrastructure, job creation, support for families, public health, and new energy systems, if we are willing to take a hard look at our priorities.”

About the National Priorities Project

For nearly six decades, the Institute for Policy Studies has provided critical research support for major social movements and progressive leaders inside and outside government and on the ground around the United States and the world. As the nation’s oldest progressive multi-issue think tank, IPS turns bold ideas into action through public scholarship and mentorship of the next generation of progressive scholars and activists.