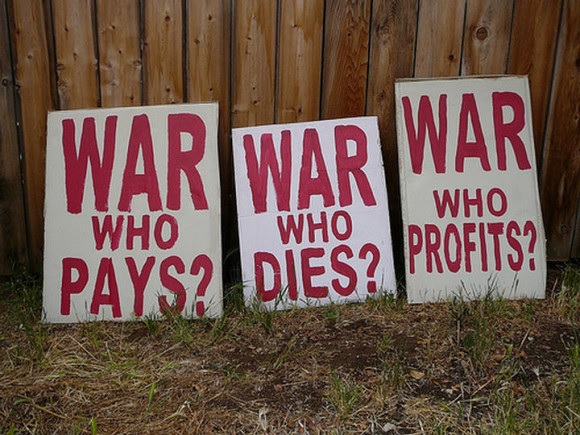 This week, the 100th anniversary of the Balfour Declaration, which promoted giving Palestine to the Jewish people, will be celebrated in London. Around the world, there will be protests against it calling for Britain to apologize for the damage it inflicted. Students from the West Bank and Gaza will send letters to the British government describing the negative impacts that the Balfour Declaration, and the Nakba in 1948, continue to have on their lives today.

As Dan Freeman-Maloy describes, the Balfour Declaration is also relevant today because of the propaganda co-existing with it that justified white supremacy, racism and empire. British imperialists believed that democracy only applied to “civilized and conquering peoples,” and that “Africans, Asians, Indigenous peoples the world over – all were … ‘subject races,’ unfit for self-government.” That same racism was directed at Jewish people as well. Lord Balfour preferred to have Jewish people living in Palestine, away from Britain, where they might serve as useful British allies.

In the same time period, Bill Moyers reminds us in his interview with author James Whitman, the  laws in the United States were viewed as “a model for everybody in the early 20th century who was interested in creating a race-based order or race state. America was the leader in a whole variety of realms in racist law in the first part of that century.” This includes immigration laws designed to keep “undesirables” out of the US, laws creating second class citizenship for African-Americans and other people and bans on interracial marriage. Whitman has a new book documenting how Hitler used US laws as a basis for the Nazi state.

The US government and its laws continue to perpetuate injustice today. For example, contractors who apply for state funds to repair damage from Hurricane Harvey in Dickinson, Texas, are required to declare that they do not participate in the Palestinian Boycott, Divestment, Sanction (BDS) movement. And Maryland Governor Hogan signed an executive order this week banning any state contractors from participating in the BDS movement, after local activists defeated similar legislation for the past three years.

Participation in boycotts should be protected under the First Amendment, as the right to protest Israeli apartheid should be. But, that right may also be taken away. This week, Kenneth Marcus was made the top civil rights enforcer at the Department of Education. He runs a group called the Brandeis Center for Human Rights, which actually works to attack individuals and groups that organize against Israeli apartheid on campuses. Nora Barrows-Friedman writes that Marcus, who has been filing complaints against pro-Palestinian student groups, will now be in charge of investigating those cases.

Dima Khalidi, the head of Palestinian Legal, which works to protect pro-Palestinian activists, explains that in the United States, “talking about Palestinian rights, and challenging Israel’s actions and narrative, [open] people up to a huge amount of risk, attacks, and harassment – much of it legal in nature, or with legal implications.” These attacks are happening because the BDS movement is having an impact.

This is just one obvious area of injustice. Of course there are others such as immigration policies and travel bans. And there are racist systems in the United States that are not based in law, but are enshrined in practices such as racially biased policing, slave-wage employment of prisoners and the placement of toxic industries in minority communities. The Marshall Project has a new report on racial bias in plea bargains.

The media, as it did in the early twentieth century, continues to manipulate public opinion to support military aggression. The NY Times and other mass, corporate media have promoted wars throughout the history of US empire. From the ‘Weapons of Mass Destruction’ in Iraq to the Gulf of Tonkin in Vietnam and all the way back to ‘Remember the Maine’ in the Spanish-American War, which began the modern US Empire, the corporate media have always played a large role in leading the US into war.

Adam Johnson of Fairness and Accuracy in Reporting (FAIR) writes about a recent New York Times Op Ed: “Corporate media have a long history of lamenting wars they themselves helped sell the American public, but it’s rare so many wars and so much hypocrisy are distilled into one editorial.” Johnson points out that the New York Times never questions whether wars are right or wrong, just whether they have Congressional support or not. And it promotes the “no boots on the ground” view that it is fine to bomb other countries as long as US troops are not harmed.

FAIR also points out the media’s false accusation that Iran has a nuclear weapons program. Meanwhile there is silence about the secret Israeli nuclear weapons program. Iran has been compliant with the International Atomic Energy Agency, while Israel has refused inspections. Eric Margolis raises the critical question of whether the Trump administration put the interests of Israel, which opposes Iran, before the interests of the US when he refused to certify the nuclear agreement with Iran.

North Korea is a country that is heavily propagandized in the US media. Eva Bartlett, a journalist who has traveled to and reported extensively about Syria, recently visited North Korea. She presents a view of the people and photographs that won’t be found in commercial media, which give a more positive perspective on the country.

Sadly, North Korea is considered to be a critical factor in the US effort to prevent China from becoming the dominant world power. Ramzy Baroud writes about the importance of a diplomatic solution to the conflict between the US and North Korea because otherwise it will be a long and bloody war. Baroud states that the US would quickly run out of missiles and then use “crude gravity bombs,” killing millions.

The recent re-election of Shinzo Abe heightens conflict in that region. Abe wants to build up Japan’s small military and alter its current pacifist Constitution so that Japan can attack other countries. No doubt, the Asian Pivot and concerns about tension between the US and other countries are fueling support for Abe and more militarization in Japan.

The US military presence in Africa came into the spotlight this week with the death of US soldiers in Niger. Although it was heartless, perhaps we can be grateful that Trump’s gaffe with the newly-widowed Myeshia Johnson at least had the impact of raising national awareness about this secretive mission creep. We can thank outlets such as Black Agenda Report that have been reporting regularly on AFRICOM, the US Africa Command.

It was a surprise to many people, including members of Congress, that the US has 6,000 troops scattered in 53 out of 54 African countries. US involvement in Africa has existed since World War II, largely for oil, gas, minerals, land and labor. When Gaddafi, in Libya, interfered with the US’ ability to dominate African countries by providing oil money to them, thereby freeing them from the need to be indebted to the US, and led the effort to unite African countries, he was murdered and Libya was destroyed. China also plays a role in competing with the US for African investment, doing so through economic investment rather than militarization. No longer able to control Africa economically, the US turned to greater militarization.

AFRICOM was launched under President George W. Bush, who appointed a black general to lead AFRICOM, but it was President Obama who succeeded in growing the US military presence. Under Obama, the drone program grew in Africa. There are more than 60 drone bases that are used for missions in African countries such as Somalia. The US base in Dijbouti is used for bombing missions in Yemen and Syria. US military contractors are also raking in huge profits in Africa.

Nick Turse reports that US military conduct an average of ten operations in Africa daily. He describes how US weapons and military training have upset the balance of power in African countries, leading to coup attempts and the rise of terrorist groups.

In this interview, Abayomi Azikiwe, the editor of the Pan-African News Wire, speaks about the long and brutal US history in Africa. He concludes:

“Washington must close down its bases, drone stations, airstrips, joint military operations, consulting projects and training programs with all African Union member-states. None of these efforts have brought peace and stability to the continent. What has happened is quite the opposite. Since the advent of AFRICOM, the situation has been far more unstable in the region.”

The insatiable war machine has infiltrated all aspects of our lives. Militarism is a prominent part of US culture. It is a large part of the US economy. It cannot be stopped unless we work together to stop it. And, while we in the US, as the largest empire in the history of the world, have a major responsibility to act against war, we will be most effective if we can connect with people and organizations in other countries to hear their stories, support their work and learn about their visions for a peaceful world.

Fortunately, there are many efforts to revive the anti-war movement in the United States, and many of the groups have international ties. The United National Anti-War Coalition, World Beyond War, the Black Alliance for Peace and the Coalition Against US Foreign Military Bases are groups launched in the past seven years.

There are also opportunities for action. Veterans for Peace is organizing peace actions on November 11, Armistice Day. CODEPINK recently began the Divest From the War Machine Campaign targeting the five top weapons-makers in the US. Listen to our interview with lead organizer Haley Pederson on Clearing the FOG. And there will be a conference on closing foreign military bases this January in Baltimore.

Let’s recognize that just as wars are waged in order to dominate regions for their resources so that a few may profit, they are also rooted in white supremacist and racist ideology that believes only certain people deserve to control their destinies. By linking hands with our brothers and sisters around the planet and working for peace, we can bring about a multi-polar world in which all people have peace, self-determination and live in dignity.